Veitch’s Chelsea nursery ceased trading in 1914, rather appropriately for the greatest horticultural firm in British history. It was founded in the eighteenth century  and in the nineteenth century took advantage of peace, prosperity and sea power to engage in plant collecting on a world scale.  It brought 1281 new plants into cultivation and undertook significant design projects including Killerton and Ascott. Sir Harry Veitch played a key role in moving the RHS Flower Show to Chelsea. 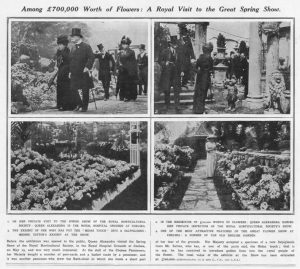 A royal visit to the Chelsea Flower Show

There is much to be said for the involvement of horticultural firms in garden design providing they have the good sense to work with talented and independent-minded garden designers. There is a risk of ‘in-house’ designers being over-influenced by technical and business managers with insufficient design judgement for the work in hand. As Winston Churchill remarked, experts should be on tap but not on tap. What they bring to garden design is a focus on high quality planting and construction: very necessary but of limited value when deployed to make a mediocre design. 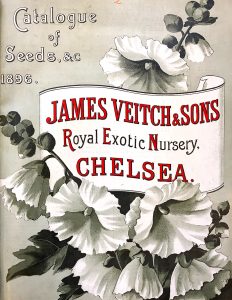