The RSBP Lodge bulding, near Sandy, was designed by Henry Clutton (above) for Arthur Wellesley Peel (below)

Photographers are able to find angles which make the Lodge Garden look National Trusty, which is the right thing to do near the house. But by taking a close look one can see that the RSBP has begun work on something more innovatory and more important. It is using its technical expertise to make a wildlife garden. There is every reason for the RSPB to know more about this and to do it an way that can be an inspiration to both amateur and professional gardeners. My suggestion is for the RSPB to make a garden that is beautiful, as well being habitat-rich. My video was taken in 2009 and I am sorry to criticise such a worthwhile effort. The Lodge Garden looks as though a group of conservation volunteers from a sixth-form college had been invited to have a bash at making a wildlife garden. There should now be a concentration on design quality. 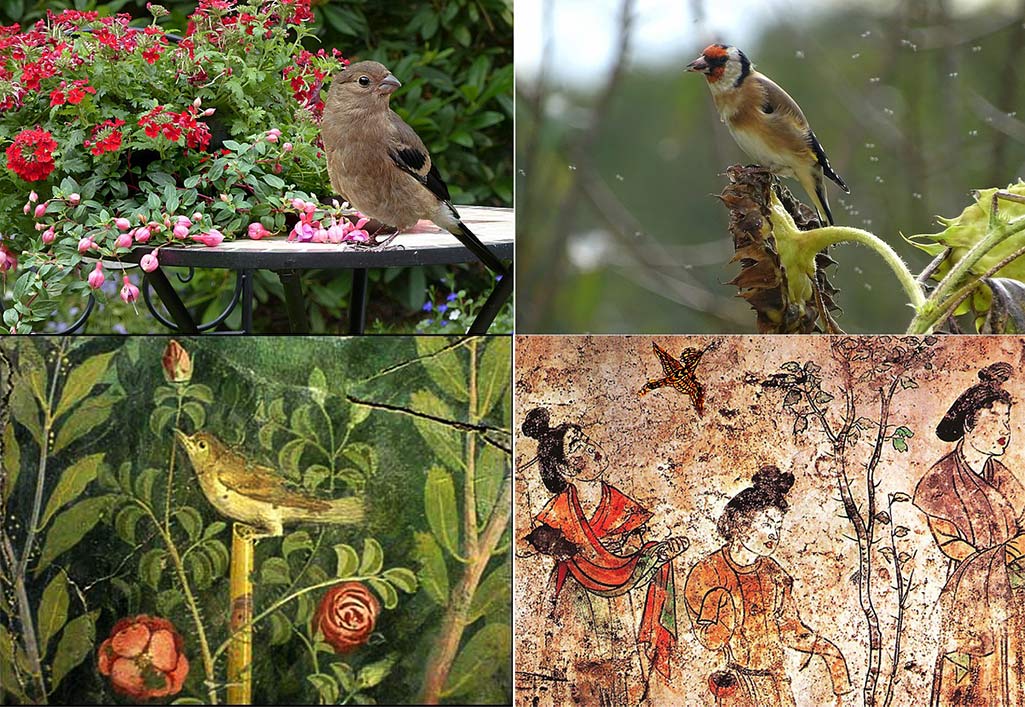 London has 13.2% of the UK’s population and the area of private gardens  in London  37,900 hectares. Gardens tend to be larger outside London so land devoted to gardens in the UK could be 300,000 ha. Comparing this with the area of the National Nature Reserves in the UK (94,400 hectares) it is obvious that the RSPB could do a lot for the UK’s bird population by creating a first class example of an Ornithological Garden for the Lodge. Birds were highly valued in ancient Chinese and Roman gardens.

Which is the best Royal Park for garden-loving visitors? The more I think about London’s Royal Parks, the better I like them. So I can’t give a favourite. But if a gardening friend was coming to London and said ‘I’ve only got time for one Royal Park – which should it be?’ I would say ‘Regent’s Park’. If an architect or urban designer asked me the same question I would give the same answer. The two most astonishing things about Regent’s Park, for me, are that no urban expansion scheme of the twentieth century equaled its quality – and that Modernist architects wanted to knock down the Nash terraces in the 1950s. The above video shows some of the things I love about Regent’s Park.

Wrest Park is not as well-visited as it deserves. The garden was restored in 2011 and, faced with the question ‘when should it be restored to?’, English Heritage took the sensible decision to restore separate parts of the garden to different dates: the Baroque section to the Late Baroque period, the perimeter canal section to the Serpentine Style of the  mid-eighteenth century, the Victorian section to the Mixed Style of the mid-nineteenth century.  Visitors may well find it necessary to consult the Gardenvisit.com style chart to understand the design. I agree with Tim Richardson that Wrest Park may appear in a future stylistic classification as a prime example of a ‘National Trust restoration’.

Stockwood Park in Bedfordshire has an interesting collection of period gardens in various styles. I like them but would like them even more if the the designers had been more careful in making use of known information about historic styles of garden design in the UK.

Congratulations to Woburn Abbey Garden for its on-going programme for the ‘restoration’ of the garden designed by Humphry Repton 1802-5. Repton is by far the most important landscape and garden theorist of the nineteenth century and it is a pity that more of his work can’t be seen.

Sigiriya’s garden was probably made by Buddhist monks

Sigiriya has an exceptionally interesting garden. Though often described as a ‘palace garden’ its character is much more likely to derive from the time when it was a Buddhist monastery. What looks at first sight like a ‘formal water garden’ of the kind made in Renaissance Europe was probably a set of baoli ponds used by the monks for drinking water, washing and ritual cleansing. The beautiful goddesses on the mirror wall are akin to those in other Buddhist monasteries of the period.