Jane Webb published The Mummy! A Tale of the Twenty-Second Century in 1827 and, through it, met her future husband, John Claudius Loudon. A pioneering sci-fi novel, it envisages London in 300 years time. In different ways, Jane and John had shared interests in gardens and futurology. This passage from  The Mummy envisages the Thames’ landscape and gardens the 22nd century.

The weather was now delicious; the autumnal tints, that had just begun to  change the lovely verdure of summer into a glowing brown, gave richness to the landscape. Since the abolition of coal and wood fires, the air of London had become pure and bright, though it still remained soft from its vicinity to the river, and it was thus highly favourable to vegetation : whilst, as no house was permitted to approach within a certain distance of the Thames, the sumptuous gardens that bordered its banks were beautiful in the extreme. That of Mr. Montagu, which has been so often alluded to, was in particular laid out in the greatest taste ; and its grateful shade and delicious fragrance calmed poor Clara’s troubled spirits, and soothed them to repose. Nothing, indeed, could have a more lulling effect upon the harassed senses than the scene before her. The air was perfectly still ; not a leaf was agitated, not a flower stirred ; all nature seemed to repose, but Clara alone felt restless.

She was very right about London’s needs clean air, for riverside gardens and for unbuilt-on riverside public open space. Measures contributing to her vision have been implemented. But there is much more to do. So I plan to make and publish a set of videos – as an inspiration to Londoners of what they should be pressing their elected councils to do AND what they should not do. 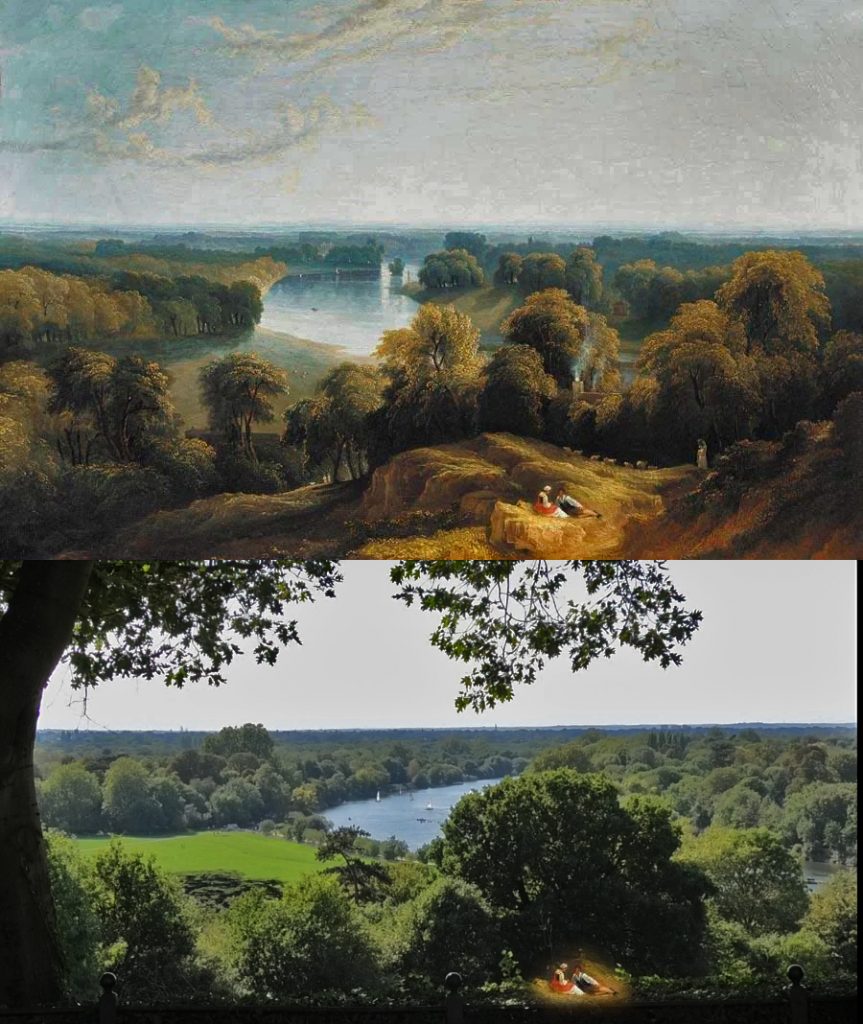 The View from Richmond Hill has been protected from development. The painting is by the Loudon’s friend, John Martin, and is in accord with John Claudius Loudon’s 1829 Breathing Zone Plan for London