The first RHS Flower Show to be held in Chelsea was in 1913. Previously the Great Spring Show was in Kensington. Demand for tickets continues to grow and since visitor numbers have been capped since 1988 (at 157,000) it is necessary to book early - see the RHS website for details. No tickets are available for sale at the gate during the show. Chelsea is the showcase for garden design, as Paris is for haute couture, Milan for furniture and Holywood for movies. Chelsea Flower Show Showground Location Map.

The shortage of tickets led the editor of this website (Tom Turner) to call for Chelsea Fringe Flower Show ('the Chelsea Fringe') in 2005. Something must be done - and the obvious answer is to learn from Edinburgh, with Official and Fringe events. Chelsea should have an Official Chelsea Flower Show, as at present, and also a Chelsea Fringe Flower and Garden Festival. As in Edinburgh, the Finge will increase the popularity, renown and profit of the Official Show. It would also cater for those who come to visit London in May and cannot get tickets for the Official Show. Gardenvisit.com began advocating a Chelsea Fringe Garden festival in 2006 and we are delighted that the first Chelsea Fringe Garden Festival show, organised by Tim Richardson, will take place in 2012.

There should also be more Show Gardens. Some could be across the river in Battersea Park. Others could be accessible by river, bus, bike or tube. Open topped busses could queue on the Chelsea Embankment to take visitors on tours of London gardens. The National Gardens Scheme could arrange for special openings of private gardens in London. Design practices could persuade their clients to open recent projects to view during this week, along the lines of London Open House.

See note on Chelsea Flower Shows circa 1927. A second show used to be held in Holland Park, as it is now held at Hampton Court. 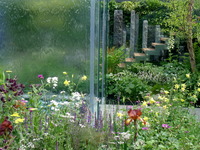 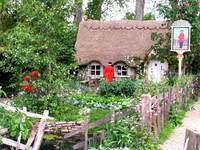 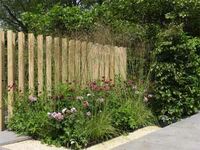