The temple precincts of Karnak and Luxor lie on the east bank of the Nile, 670 km upstream from Cairo in the town once known as Thebes. Their importance in the history of garden design cannot be doubted. Excepting fortifications, these are the greatest walled enclosures that survive from ancient times. It is the largest religious structure ever made. The temple compounds were linked by processional routes lined with sphinxes. Some of the land within the precincts was roofed, as temple buildings and dwellings for priests. Large areas were treated as gardens for growing food and for relaxation. Temples were used by the priesthood for the religious and sexual rites on which the continued stability of the world was thought to depend. Pharaohs did not live here, but being gods, had a central role in religious rites. The outer walls gave secrecy and mystery to the proceedings. Members of the public were not admitted. Internal walls articulated the space and created compartments for different activities. A 'holy of holies' lay at the centre. The Sacred Lake was a symbol of Nun, the eternal ocean, where the priests of Amon purified themselves in holy water. An avenue of sphinxes led to the Temple of Luxor, made by Amenophis III at a later date. His residential palace lay on the other side of the Nile. The temple compounds of Thebes can be compared to the palace compounds made by the Romans and to the monastic compounds of the Middle Ages. The arabic name, al-Uqsur ('Luxor'), means 'the palaces'. 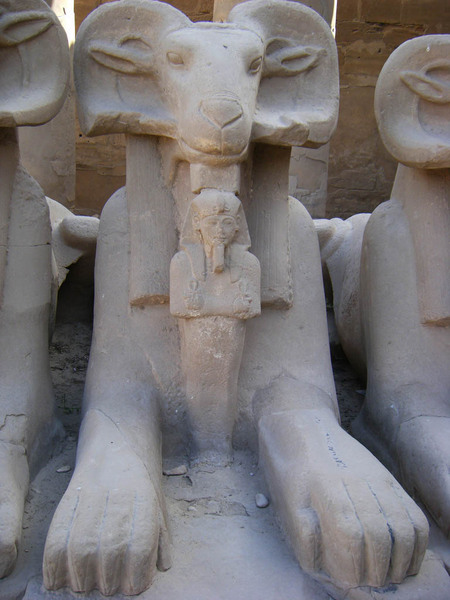 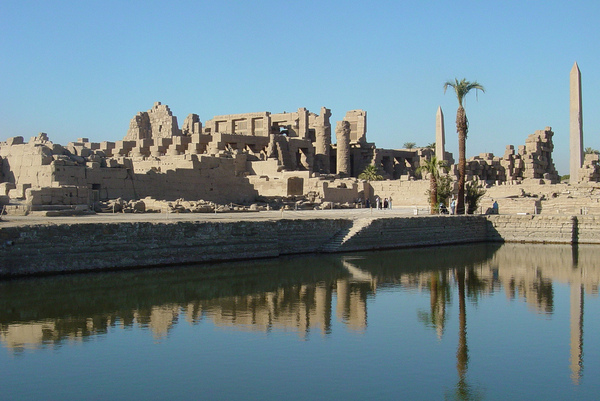 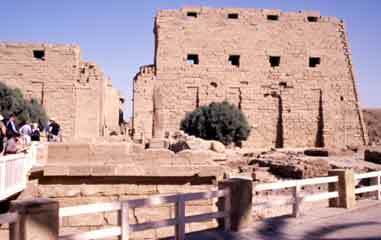