The mortuary temple of Ramesses III stands in a group of royal temples on the edge of the Nile Valley. The last great king of the New Kingdom, Ramases temporarily revived Egypt's glory. There are remains of houses and vaulted stores built of mud brick. The eastern perimeter wall is battlemented and there is a palace beside the temple. A sacred pond is described by Ramesses III, in Papyrus Harris I: 'In front of it [the temple] I dug a pool copious with water, planted with trees and verdant as the Deltaï¾… It was surrounded by arbors, courtyards, and orchards laden with fruit and flowers for thy [Amon's] countenance. I built there pavilionsï¾… and I excavated a pool before them, adorned with lotus blosoms'. Some tree-pits have been found. Ramesses' sacred pond, which has gone, lay where the ruined Saite Chapels are today. Another sacred pond, made after 330 BC, still contains water and gives life to the Temple compound. A garden of sacred lettuces is illustrated on the pedestal in the sanctuary. Flower gardens outside the temple supplied flowers. At Medinet Habu, one can see the distinctions between temple, palace, citadel and garden beginning to dissolve. A ceremonial road, used for the festival of Amun of Opet, led from Luxor to Medinet Habu. This, and the processional routes described above, defined the 'Estate of Amun' in Western Thebes. Many of the gardens in this guide were, I believe, influenced by precursors in the Estate of Amun. 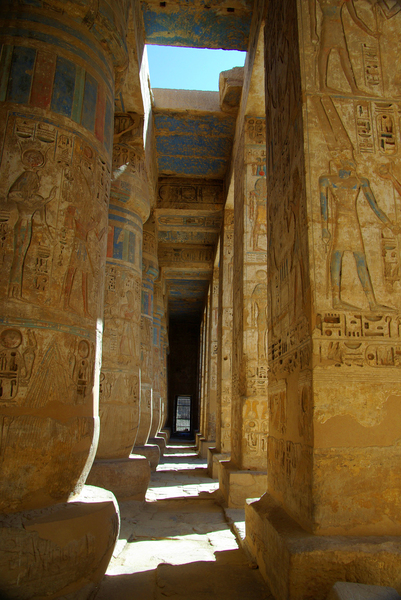 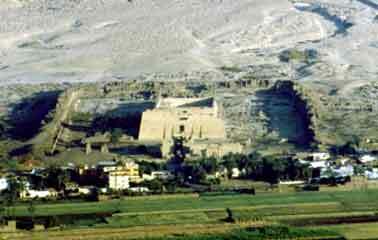