The Temple of Luxor was formerly known as Opet (meaning 'the harem'). It is the place where Amun-Re celebrated his divine marriage during the Festival of Opet The festival took place once a year and was a marriage between king (pharaoh) and god-king (Amun-Re). The temple front was built by Ramesses II and carries a relief showing his great victory against the Hittites at the Battle of Kadesh. The axis of the layout is approximately east-west but makes two slight changes direction twice along the route from the pylon gate to the inner sanctum. Reliefs beside the walkway illustrate the festival procession from Karnak to Luxor, along the great processional route which joined the two temples. The western obilisk was given to the French by Muhammed Ali and now stands at the centre of the Place de la Concorde in Paris. 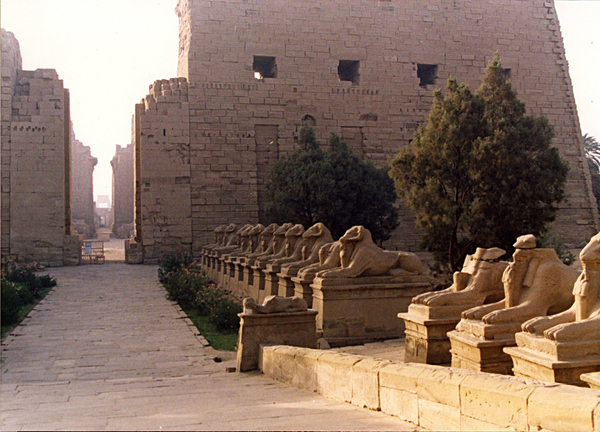 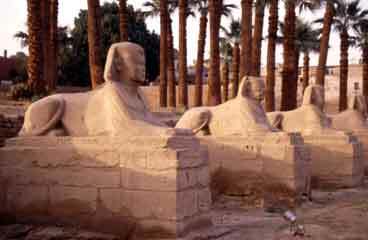