The temple and palace of Ramesses II ('Ramesses the Great' ) was the greatest project of one of Egypt's greatest builders. His throne name, User-Maat-Re, was rendered by Diodorus Siculus as Ozymandias and used by Shelley in his famous lines: 'My name is Ozymandias, King of Kings:/Look on my works, ye Mighty, and despiar'. A great deal of the temple's structure was destroyed. Stone was removed for building, statues were smashed, the site was used as a church; foundations were undermined by the Nile floods. Yet the heroic structure of the layout survives. The head of a colossal statue lies on the ground with its nose the size of a man. The colossus was cut from a single block of limestone, brought 400km from Asswan. Another colossus was taken to the British Museum. Ramesses led a charge at the battle of Kadesh on the Orontes River which changed the course of history. Though settled by negotiation, this battle kept the Hittites out of Egypt and thus allowed the full development of the New Kingdom. Details of the victory are emblazoned on the Ramesseum. Its 'astronomical room' shows the night sky and is decorated with scenes from the 'Beautiful Feast of the Valley' and there is a drawing of a sacred ished tree. In plan, the temple is a parallelogram, not a rectangle. Over half the space within the compound was occupied by store rooms. There was a palace and several garden courts and, probably, a sacred lake within the temple compound. A garden is illustrated in the tomb of Nezemger ''Overseer of the Garden in the Ramesseum in the Estate of Amun' (Theban Tomb 138). A T-shaped canal is the central feature of this garden which contained olive trees in pots and doum palms. There were gardens inside and outside temple compounds and the precise location of Overseer's garden is unknown. 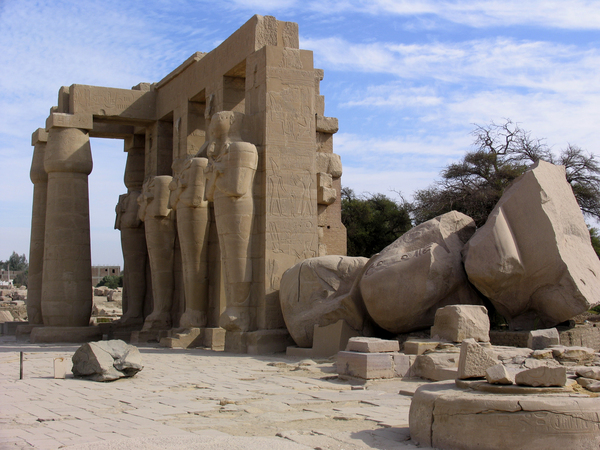 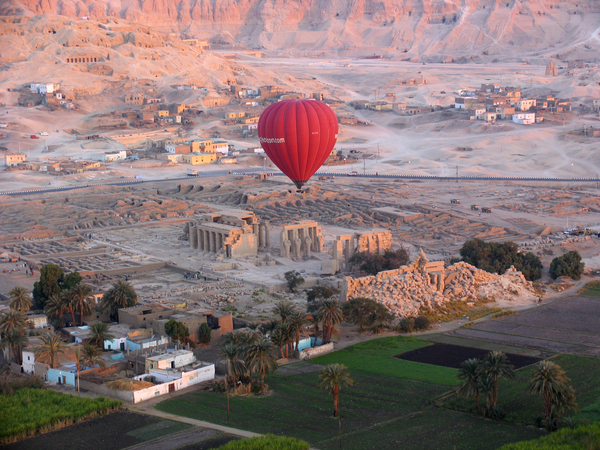 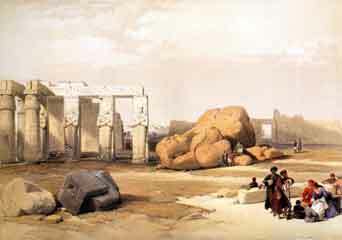