Only the earthworks survive from the ceremonial lake and Temple of Amun built by Amenophis III. It once included a temple, a palace and a lake. Kemp describes the lake as 'Egypt's largest earthwork' and the mounds as an 'early example of landscaping'. It is approximately 2km long by 1 km wide. A tomb inscription records that at the King's jubilee explains how it was used by the king and his. 'They were directed to the lake of His Majesty to row in the king's barge. They grasped the towropes of the Evening Barge and the prow rope of the Morning Barge, and they towed the barges at the great place. They stopped at the steps of the throne'. [The Epigraphic Survey The Tomb of Kheruef (Oriental Institute Publications 102) Chicago 1980] 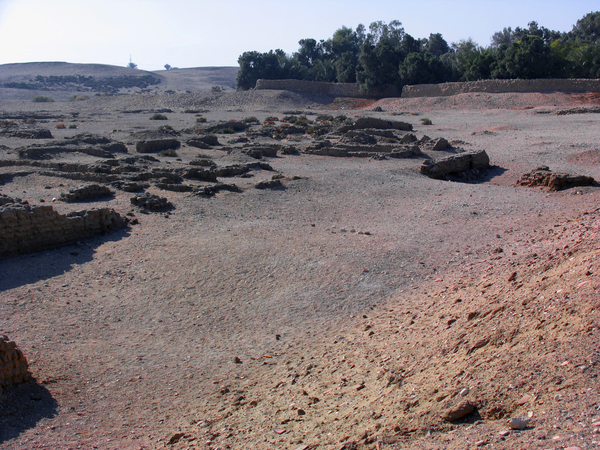