Seti I lived from 1294 to 1279 BC and was the second pharaoh of the 19th dynasty. The wall of the temple compound has been re-stored, by a German archaeological team, and planting has been carried out within the compound. The portico is in reasonable condition and when the planting is established the Seti temple may have more of the atmosphere of an ancient temple garden than many of its better-preserved neighbours. 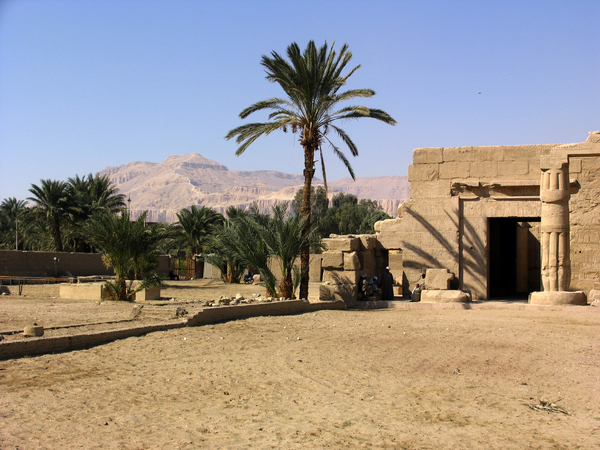