Leicester Square is named after  Earl of Leicester who built  Leicester House at the northern end.It was laid out as a garden square and, in the late nineteenth century, given to the Metropolitan Board of Works. A statue of William Shakespeare surrounded by dolphins was placed in its centre and the square became a public garden. In the 1980s the surrounding roads were pedestrianised. Westminster Council then went through years of consultation, and the prepration of numerous designs by consultant landscape architects, before deciding that the best option was to design a garden themselves. In 2005 Westminster Council published a plan 'to transform Leicester Square into the Home of Cinema in the UK and to bring about a family friendly environment in the evenings' with 'a permanent stage constructed to allow for year round entertainment' and 'removing the statue at the centre of the Square to provide a larger entertainment area'. A landscape architecture competition was won by Burns + Nice and a new layout, costing £18.5m was planned to open in time for the 2012 Olympic Games. It has a glittering fence, a 200m long granite ribbon-seat framing the garden, fountains and a parade axis for film premieres. Leicester Square is the centre of London's cinemaland. A  successful Postmodern design, the 'amoeba' shape has a kinship with the plans of the Diana Fountain and Jubilee Gardens. The 1750 design had a renaissance layout and the 1880 plan exemplified the Victorian mixed style. 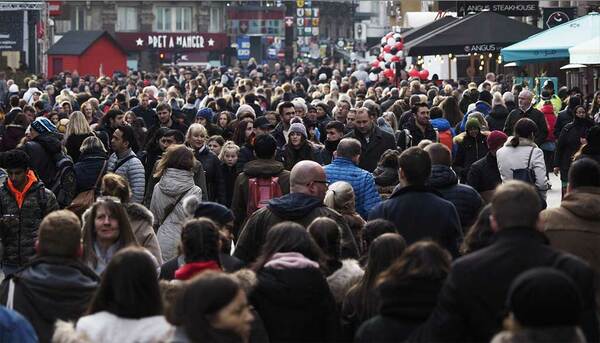 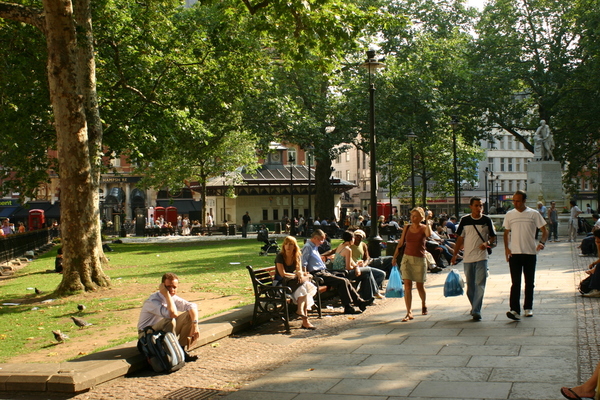 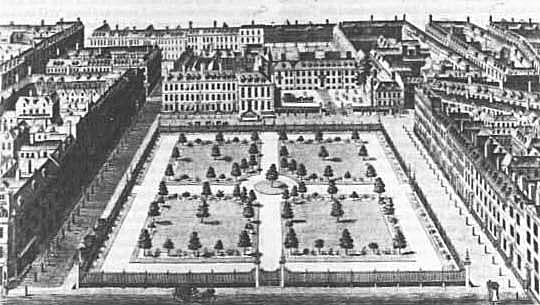 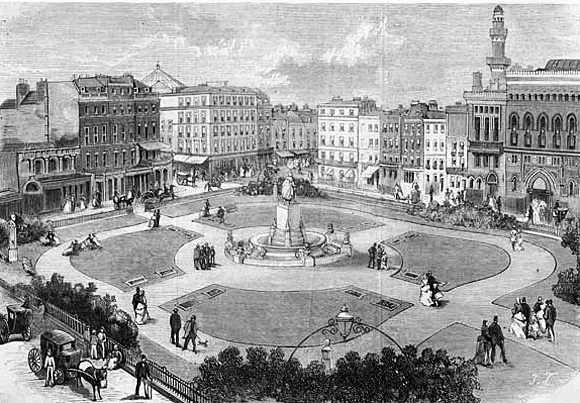 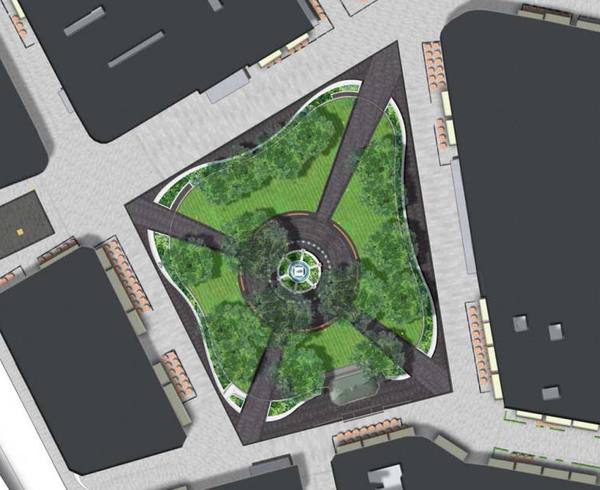 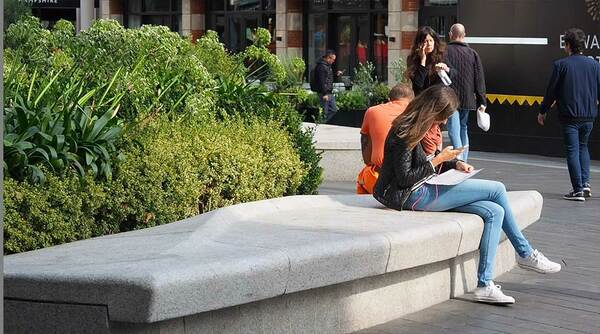 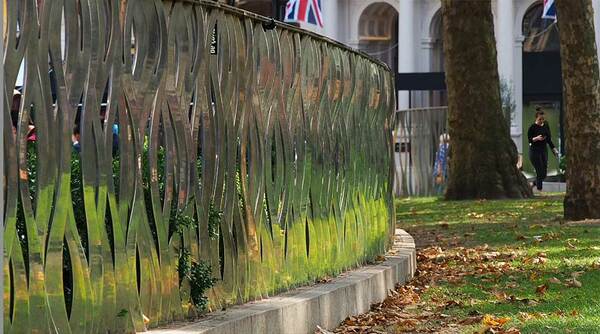