St James's Square was built after the restoration of Charles II (in 1660) on land belonging to Henry Jermyn. In the 1720s the houses were occupied by seven dukes and seven earls. The central area was conceived as a piazza and largely paved. In 1726/7 Charles Bridgeman was commissioned to design the central area, including a water basin for the centre of the square. It cost was £5630 and was a 150 foot diamater circle,  surrounded by gravel, with an iron railing forming an octagon. The angles of the railings had lamps on stone obelisks. The square was paved in Purbeck Stone and much admired. The fountain was a single jet of water. In 1808 a statue of William III was placed on the plinth. In 1817-18 a larger garden area was enclosed, to a plan by John Nash, and planted with shrubs. In 1822 John Macadam designed a macadamised road for the square, replacing the stone paving.Lime trees were planted in the garden in 1825. The basin became shady and in 1853 it was filled in. There was an American YMCA in the square at the end of the 1914-18 War and after its removal the paths were re-organised to allow views of the statue. The Square was used for allotments during the Second World War and given its present layout after the war. The square now belongs to the St James's Square Trust and is open to public Mon-Fri 10am-4.30pm 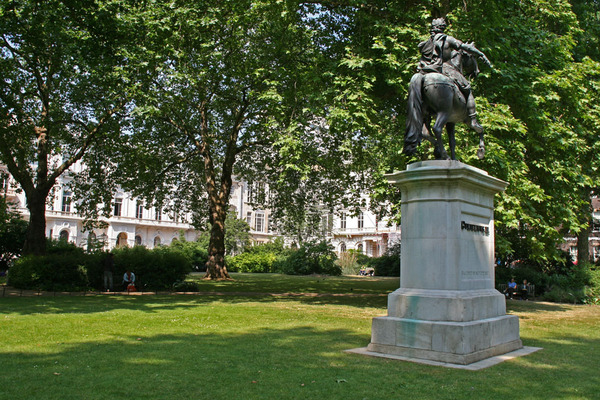 The buildings round St James Square are now occupied by clubs and the HQs of large corporations but it remains what it has always been: London's grandest square 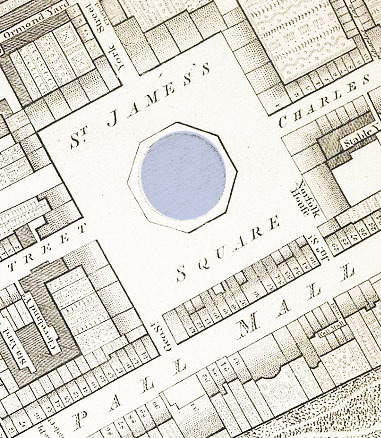 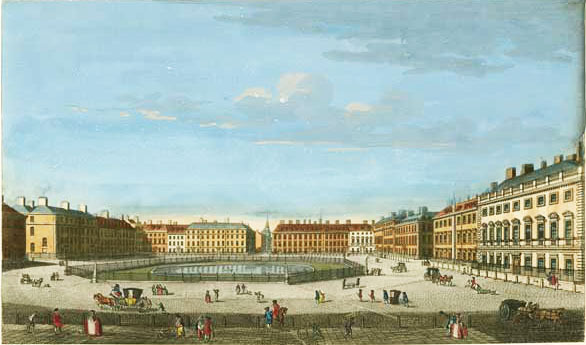