Victoria Embankment Gardens were designed by Alexander McKenzie (a Landscape Gardener) and built between 1870 and 1875. McKenzie (1830-1893) was born in Nairnshire, Scotland, and was superindendent of open spaces owned by the Metropolitan Board of Works, including Finsbury Park, Southwark Park and Blackheath.

The  York Water Gate Grade I listed) became part of the Embankment Gardens in 1893, acquired by the London County Council (LCC). The gardens have a beautiful memorial to the Imperial Camel Corps and  statues of Robert Burns (Scots poet) , Sir Wilfred Lawson (a radical politician) , Henry Fawcett (who established the parcel post) Lord Cheylesmore Memorial (former Chairman of the London County Council ) Robert Raikes (founder of the first Sunday school) and Sir Arthur Sullivan (the composer who worked with Gilbert).

Victoria Embankment was one a great nineteenth century public works project, designed by Joseph Bazalgette and completed in 1870. It gave London a trunk sewer, an underground railway, a new riverside road - and the Victoria Embankment Gardens. But it also allowed a major road to separate this part of London from its river (which is what Sir Christopher Wren showed in his plan for re-building London aftr the Great Fire of 1666.

The Egyptian Obelisk (misleadingly called Cleopatra's Needle) was originally placed by Thutmose III in the temple of  Heliopolis in Egypt c1450 BCE. Heliopolis, the City of the Sun, had one of Egypt's greatest temples, which has been completely destroyed.'Obelisk' is a Greek word for a four-sided, tapering column topped by a pyramid. The Egyptians, who called them TEJEN, placed them in pairs at the entrance of temples. The other obelisk from Heliopolis is in New Yor.  An obelisk is a symbol of the sun god Ra. 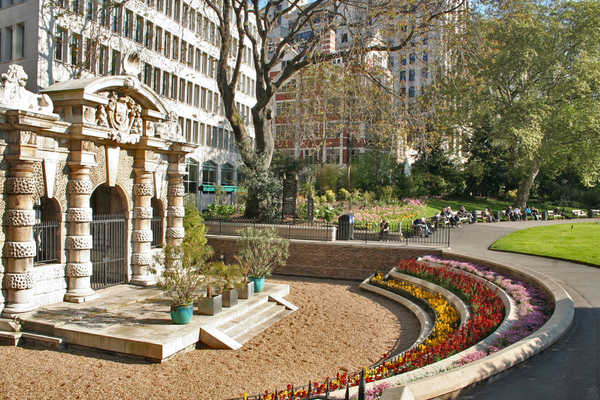 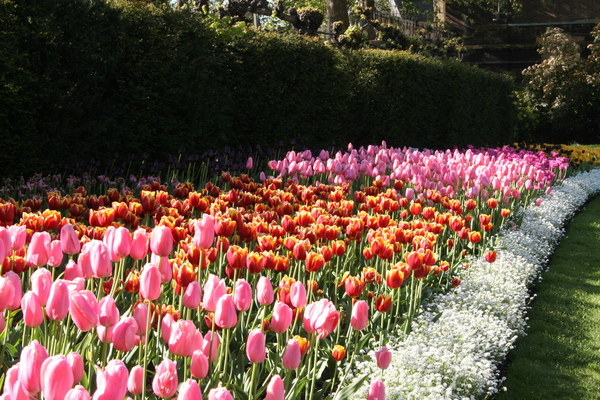 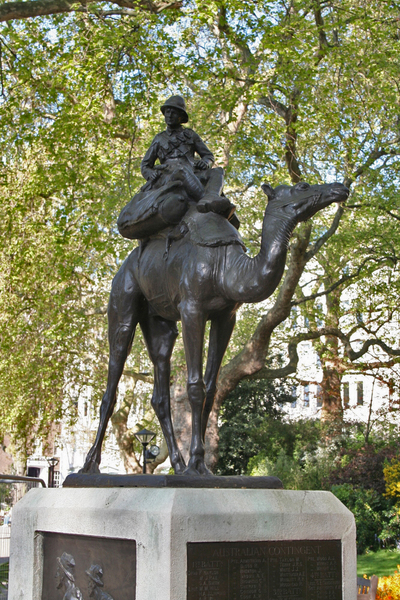 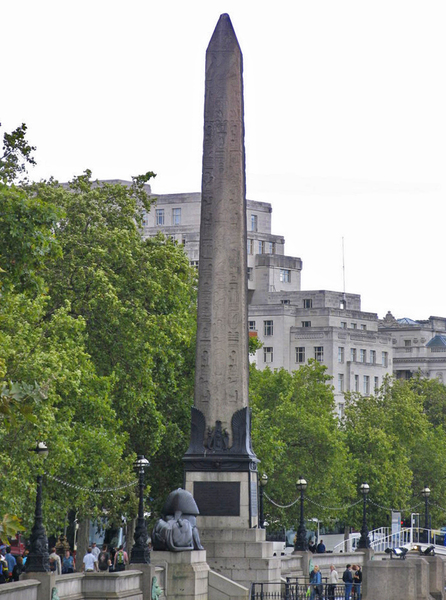 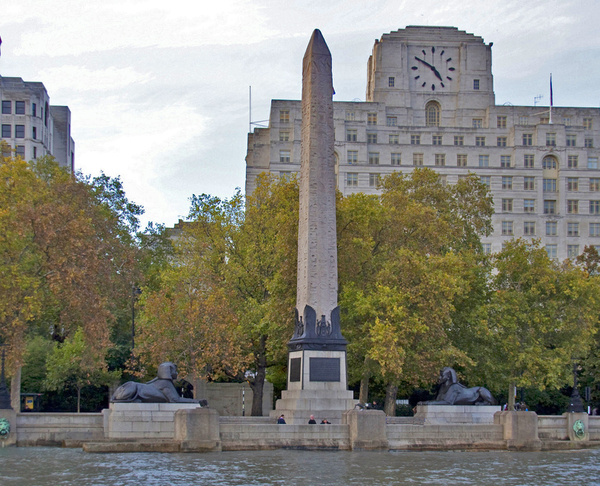