Jubilee Gardens is a public park created in 1977 (the year of Queen Elizabeth II's Silver Jubilee). It remained little but a lawn for the next 35 years. The Jubilee Gardens Website described the 2012 redesign as follows: 'Currently a flat and featureless patch of grass, the gardens will be transformed into a new green landmark for London, reflecting their location opposite the Houses of Parliament and next to the iconic London Eye, Shell Centre and Southbank Centre. Local businesses, community groups, Lambeth Council and the Mayor of London have joined forces to oversee the redevelopment of the gardens. The overall mission is to create a park which is as soft and green as is sustainable. The intention is to open the new park in 2012 to mark the celebrations surrounding The Queen’s Diamond Jubilee and the London 2012 Olympic and Paralympic Games.' The re-design, by Adriaan Geuze and West 8, was described as follows: 'the undulating Jubilee Gardens, on London’s South Bank, which recalls the white cliffs of the English coastline'. It has sitting edges to the lawns and beds for herbaceous planting. 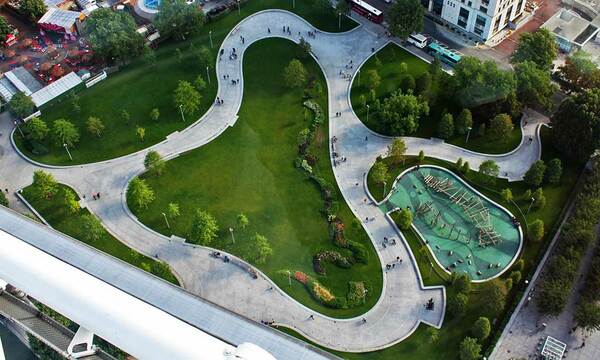 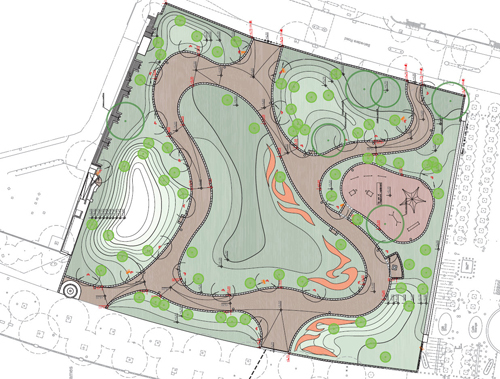 West 9/Adriaan Geuze design for Jubilee Gardens, as shown in the planning application 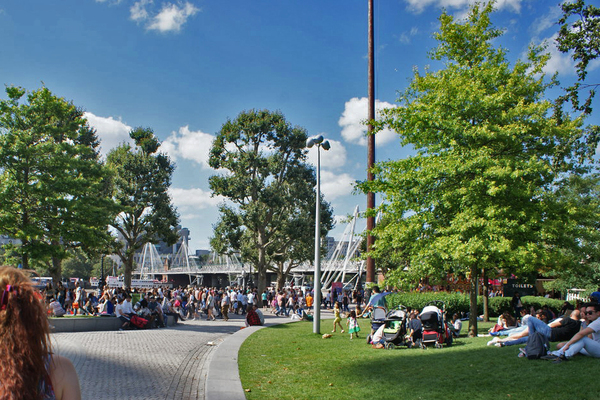 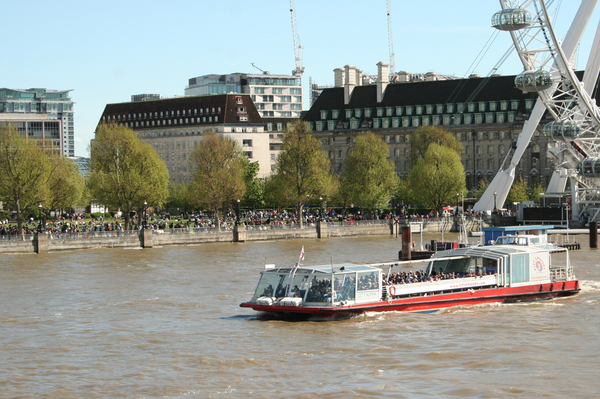 Jubilee Gardens before the 2012 re-design by West 8