York House stood between The Strand and the River Thames. The archbishop's house was built c1237 and sold for development, by a later owner, in 1672. The Watergate, also known as York House Steps, are shown as York Stairs on the map. When the Thames  Embankment and Embankment Gardens were built in the nineteenth century the Watergate was separated from the river. 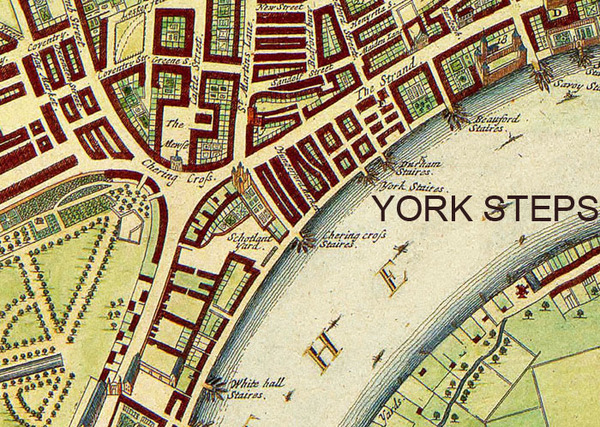 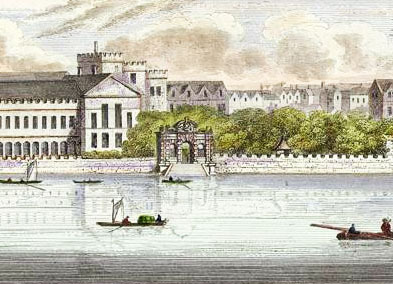 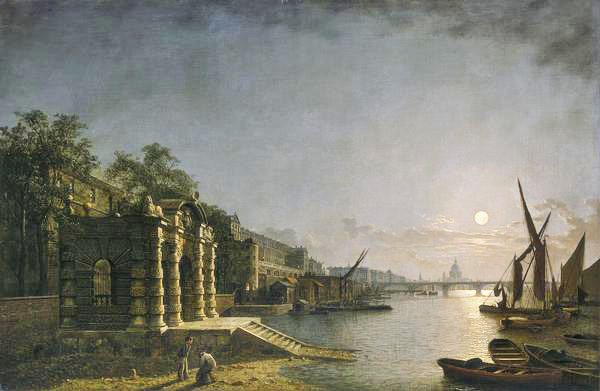 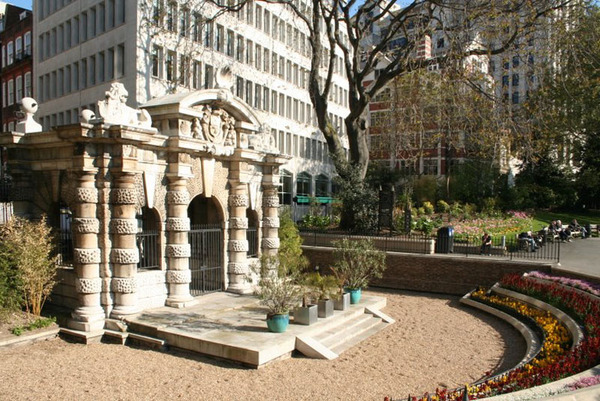