In 1811 the Prince Regent (later George IV) employed John Nash to design a scenic urban landscape. It was planned as a Picturesque Route from Carlton House (on the site of what is now Carlton House Terrace) to what is now Regent's Park. St James's was the heart of London's government. Regent's Park was then being formed on what was then the outer fringe of London.  The Prince Regent lived in Carlton House and planned to have a summer villa in Regent's Park. He would then have had a scenic route along which he could travel to his summer palace. John Summerson described this as a 'processional' route. It can also be described as a 'ceremonial route' but since the summer villa was not built, and there are unlikely to have been processions to a villa in a park, the term 'scenic route' seems most appropriate. This is what it is.

John Nash had been in partnership with Humphry Repton and employed Repton's son (John Adey Repton) to help with the scheme. The aesthetic basis for the urban landscape design is the principle on which Humphry Repton always worked: the creation of a Picturesque Landscape Transition from an urban scene to a rural scene. 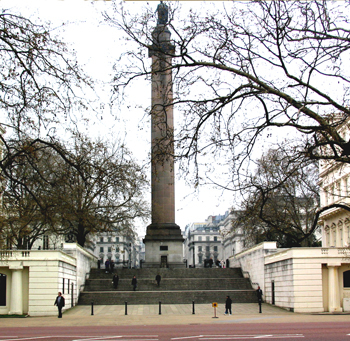 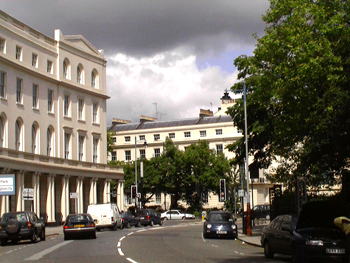 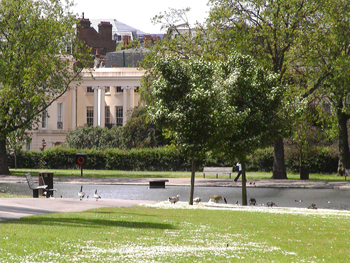