Beijing’s Olympic Forest Park was made for the 2008 Olympic Games. The landscape architecture design was led by Hu Jie, director of the Landscape Planning and Design Institute at the Urban Planning and Design Institute of Tsinghua University. As with many architecture companies in the People’s Republic of China, landscape architecture firms operate as design arms of university departments.  The Beijing Olympic Park has an area of 680 hectares and was built between 2003 and 2008. It is at the north end of Beijing’s central axis, inviting comparison with the projection of the Grand Axis in Paris beyond La Defense. The competition-winning idea was to create an Axis of Nature. In accordance with traditional feng shui practice, this involved a hill at the north and a lake to the south. But it was decided that the earthmoving cost would be too high. The hills, woods and water concept is however along the lines of China’s imperial parks – and is very appropriate to Beijing’s climate, by turns very hot, very cold and very dry.

The park was designed to accommodate tennis, archery and hockey events during the 2008 Olympic Games and a great public park, in which only electric vehicles are allowed, after the Games.  An expressway which crosses the park has been designed as a ‘green bridge’ ecological corridor over Beijing's Fifth Ring Road. It links the southern and northern parts of the forest park and is intended to be a landmark. The Olympic Forest Park has subway stations, an open air theatre, a lake, and a sophisticated system for bubbling air into the water for purification. In March 2008  Beijing's Olympic Forest Park was awarded 5th IFLA-APR Award for Landscape Architecture.

The Beijing Olympic Park makes an interesting comparison with other olympic Parks in Greece, Germany, London and elsewhere. 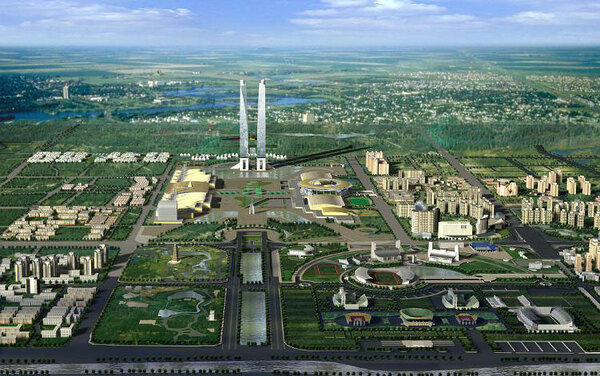 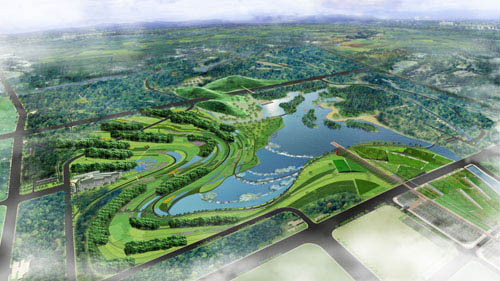 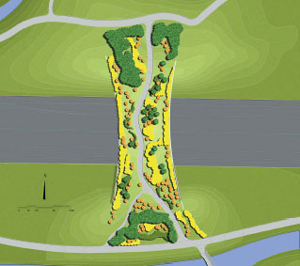