Summer Palace (I Ho Yuan or Yi He Yuan)

A vast Chinese landscape of hills, water, and temples, once the private recreation area of the imperial family. The area was the site of a Yuan Dynasty monastery before it became an imperial garden in the eighteenth century. Damaged in 1860 (the Opium War), restored in 1888, damaged again in 1900 (the Boxer Uprising), it became a public park after the 1911 revolution. There are over 30 classical structures on the Longevity Hill and around the Kunming Lake. Causeways, like those at Hangchow divide the lake into sections. There are marble bridges, a stone boat and a 'Garden of Harmonious Interest'. The 17-arched 150m bridge crosses to the South Lake Island (Nanhu Dao). The Temple of Sea Wisdom (Zhi Huihai) is on top of the hill (Wanshou Shan). 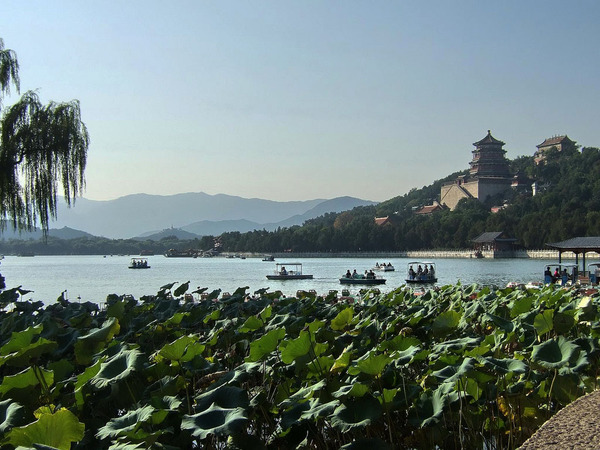 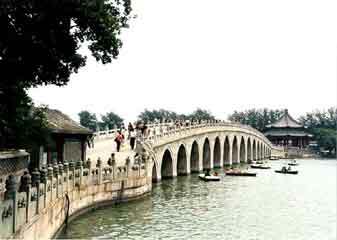 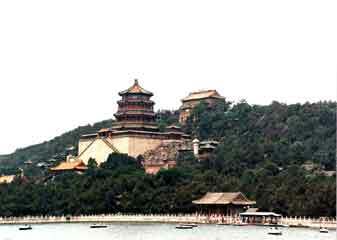