The garden was begun in 1709 and became the site of Chinese-European gardens after 1785. A Jesuit Priest, Father Attiret, made the gardens famous in Europe through his letters. The area was ruined in the troubles of 1860 and 1899 ('Boxer Uprising') but has been made into a public park. The name `Garden of Perfect Brightness' was used in Father Attiret's letter, published in Paris in 1749, and became an influence on Le Jardin Anglois-Chinois. 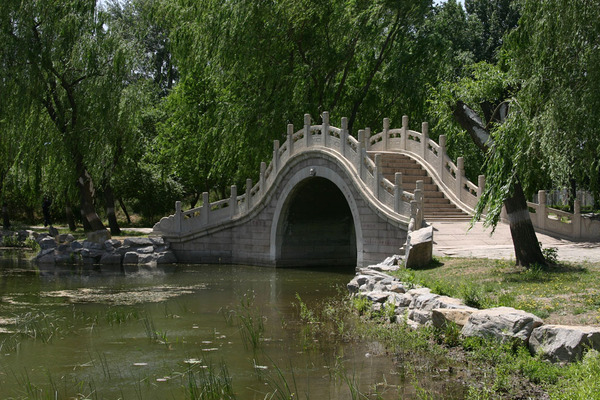