The artificial hill in this garden (Mei Shan or Coal Hill) used to be the highest point in Beijing. It was made with material excavated when making the Taiyi (Pool of Heavenly Water) during the 12th century and the Forbidden City's river moat in the fifteenth century. The hill was then planted and became an imperial garden. North of the hill, a group of buildings, including the Shou Huang Dian (Hall of the Aging Sovereign) was added in the eighteenth century. Five pavilions were then erected on top of the hill, including the Wan Chun Ting (Pavilion of Everlasting Spring) which gives extensive views of the Imperial City, including the Three Seas with the Western Hills in the distance. 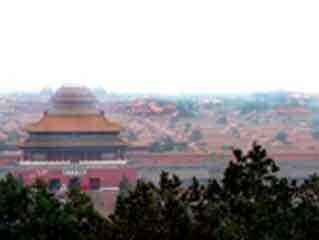 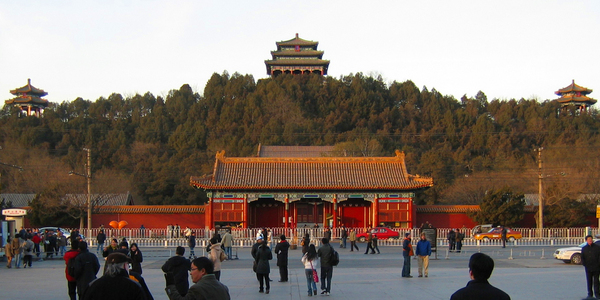