Lodi Gardens are one of the pleasantest green spaces in Delhi - with some labelled trees to help visitors from overseas become familiar with the Indian flora. It is an intriguing green refuge from the city’s often-not-too-clean air. The garden contains the tombs of the Lodis, who ruled this part of India in the 15th century. The tombs might have been in woodland when they were built, but by the 20th century the area had become a village - and the tombs were used as dwellings.  In 1936 it became a public garden which now has some labelled plants.

Mohammad Shar's tomb (1450), which can be seen as a predecessor for architecture of Humayun's tomb and Sikander Lodi's tomb (1571), is set within a walled enclosure and clearly related to Humayun's tomb garden. The domed mausoleums appear to have been sited in the landscape outside the city, rather as the Ancient Greeks placed temples. The building of monumental tombs runs against the principles of Islam and it is probable that Delhi's Turkish Sultans brought the idea from Persia to India. Lodhi Gardens are therefore a good place to reflect on the origins of Mughal garden design. By the nineteenth century the tombs were occupied by squatters. After the land passed into the ownership of the Archaeological Survey of India (ASI) the squatters were moved out, with some acrimony, and the land was treated as a public park. Possibly because the tombs have a formal kinship to Palladian temples, this treatment seems visually appropriate - at least to European eyes (see Andrea Palladio's Villa Rodunda). 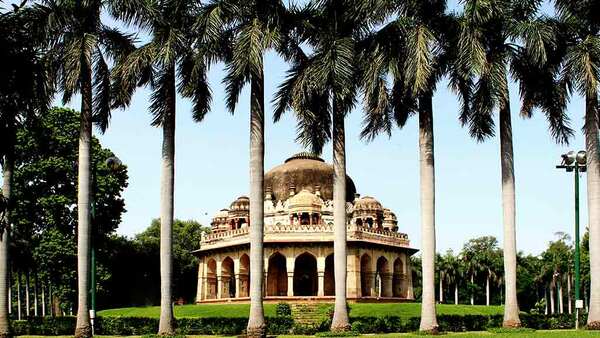 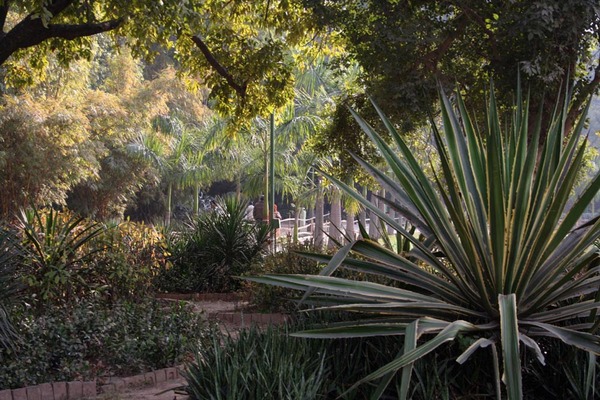 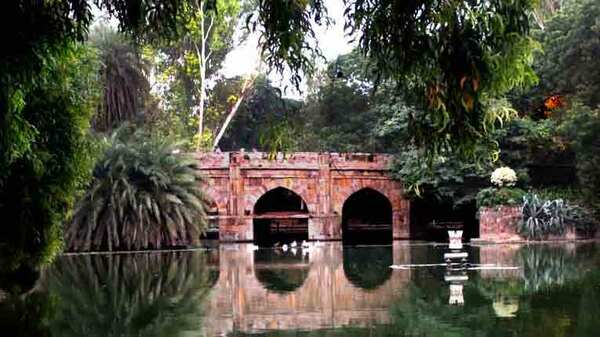 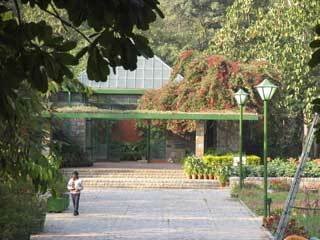 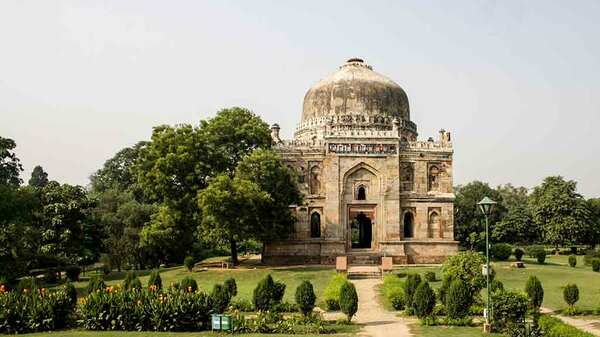