Tughlaqabad is a ruined city in Delhi built under the Delhi Sultanate in the 1320s. The Mausoleum of Ghiyath al-Din Tughluq has a causeway over a now-dry lake leading from the city. It is one of the earliest tomb enclosures in India and thus a precursor of the later tomb gardens, including Humayun's Tomb and the Taj Mahal Tomb Garden. The tomb is in a fortified enclosure but the green space is not laid out as a charharbagh . Tughluqabad has the remains of a city on grid plan, rainwater tanks, a citadel and a palace area. The site suffers encroachment from urbanisation. It is a melancholy place, as are all ruined cities. 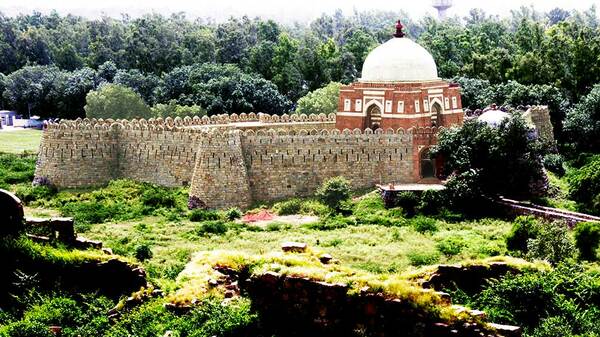 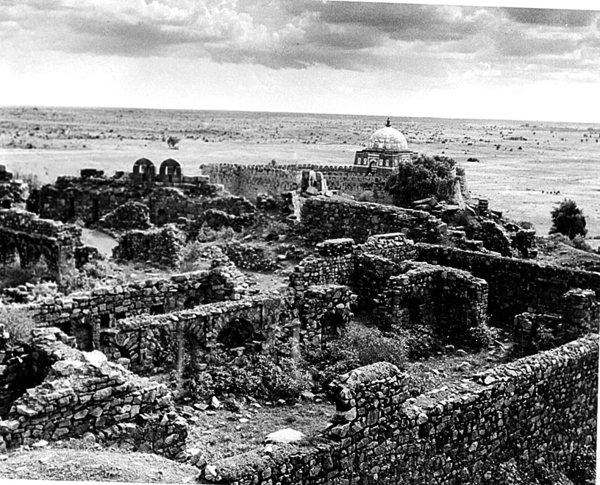