The great mosque of Delhi's muslim rulers was built between 1644 and 1658. The courtyard in which the faithful gather for prayer has a marble pool and can hold 25,000 at prayer. It has an elevated position with fine views over Old Delhi and the Red Fort. The planning of mosques is believed to derive from the classical courtyards of the Middle East (and southern Europe) as do Christian cloister garths. Some mosques have pools and trees but their essential purpose is prayer, as shown in the second video (the videographer writes that '1,00,000 People attended'. 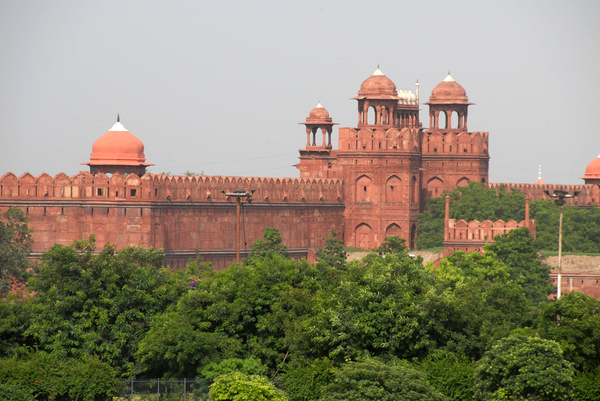 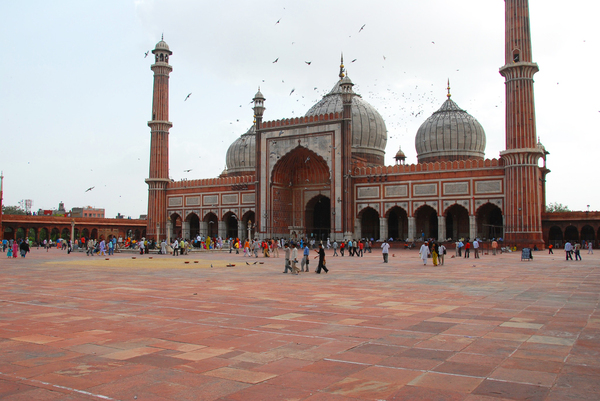 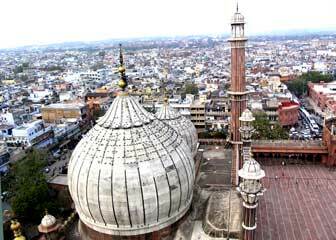 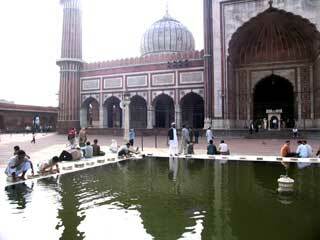