This is believed to be the site of of the first Delhi - the Indraprastha ('City of Indra') described in the Mahabharata epic. It was also chosen by the Mughal Emperor Humayun in 1533 as the site for his fortfied city. He called it the Din-Panah (Refuge of Religion) and it is now called the Purana Qila (Old Fort) to distinguish it from the Red Fort (Shahjahanabad - Old Delhi) built by a later Mughal ruler. The walls of the fortress are moated and spectacular. The area within is now managed as an English-style municipal park. For garden historians the most interesting features are the mosque court, with a central pool, and the garden pavilion (Sher Mandal) which Humayun used as a library - and where he had the accident which led to his death. The Sher Mandal is likely to have been surrounded by flowering plants, as it could be again. An indication of how this might be done can be found in a painting (right) belonging to the British Museum and is described as follows  'Painting depicting a feast in a garden pavilion. A Persian style landscape with a gold sky, trees, birds and figures in the background who are preparing food and bringing it over to serve guests. The central figure seated in the pavilion is Humayun, facing him are Akbar, Janhangir and Shah Jahan (who are later additions). Just outside the pavilion to the left is Sultan Parviz and in the corresponding position on the right is Prince Khusrau. The three figures seated on the right of the pavilion are: Abu Bakr, Baisunghur and Shah Rukh. The five figures seated diagonally on the left, moving towards the pavilion are: Babur, ?Umar Shaykh Mirza, Sultan Abu Said Mirza, Sultan Muhammad Mirza and Miran Shah. Small inscriptions appear beside each figure. Painted in gouache on cloth (cotton). © The Trustees of the British Museum'. See also: Humayun's Tomb Garden and chart of Asian garden design styles</a>. 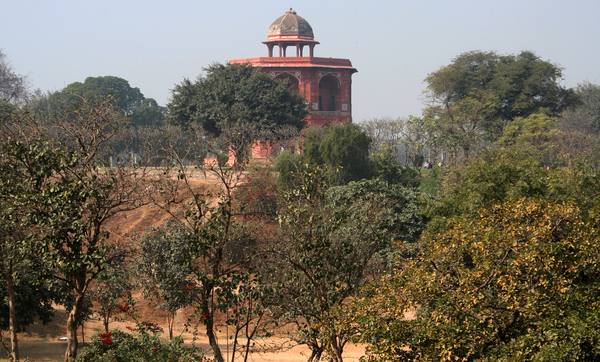 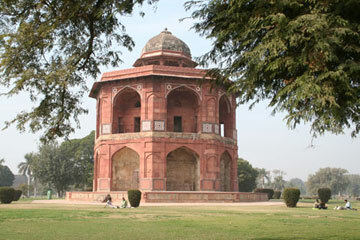 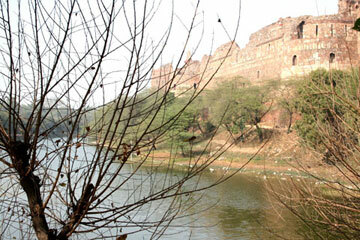 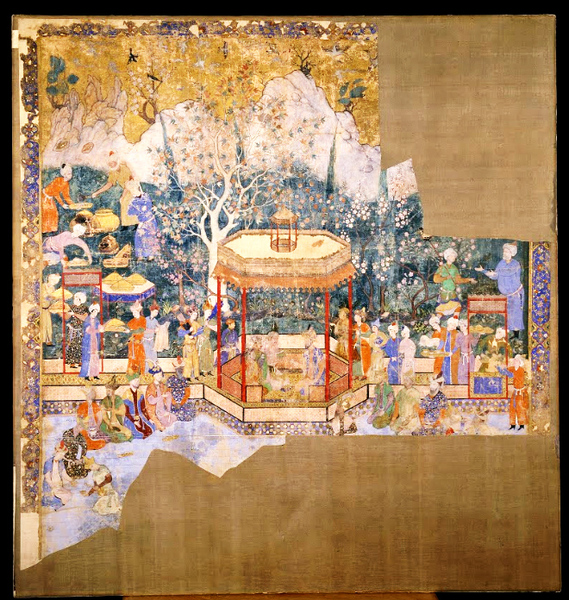