The most famous of Andrea Palladio’s villas stands on the crest of a small hill. Building began circa 1566 and the design is based on what Plato regarded as the primary geometrical forms: the circle and the square. The plan was illustrated and explained in the  Quattro Libri dell'Architettura. There are fine views of the surrounding countryside – and Palladio wished the villa to be in perfect harmony with the landscape. The northwest portico leads onto a straight carriage drive running to the principal gates.

See comment by Tom Turner in English landscape design since 1650 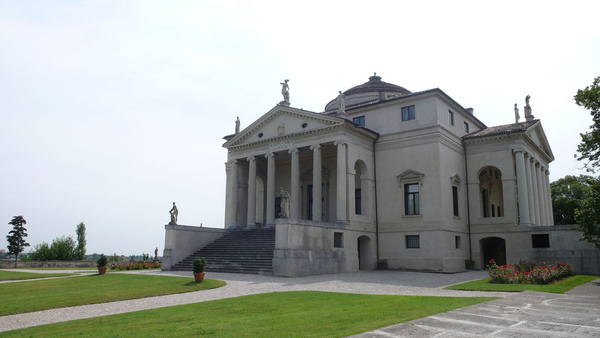