Humayun's magnificent Tomb garden sits near the bank of the Yamuna river in Delhi. His father, Babur, is credited with having introduced the Persian Chahar Bagh to India. Humayun's garden is a geometrically perfect example of the genre but differs from Babur's gardens in having a building at its centre. This makes the garden into a setting for a building, rather than a place to be enjoyed from a pavilion. The garden symbolises the emperor's place in paradise. It was not the first example of the type, but it is the oldest to survive in good condition. The garden is divided into 36 squares by a grid of water channels and paths - a great example of a working charbagh (or chahar bagh). Humayun's mausoleum, in red sandstone and white marble, stands a the centrepoint of the grid. The Aga Khan Trust funded a restoration project and in 2003 (see videos, below) water was again flowing in the fountains and water channels. This was a great thing to do but it is a pity that no similar effort to restore the original vegetation was made. It is too much like an English park. See Asian Gardens Design Styles Diagram 16 Mughal Tomb Garden and Evolution of the charbagh. 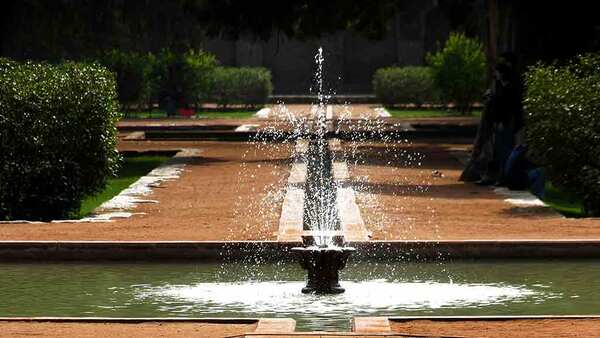 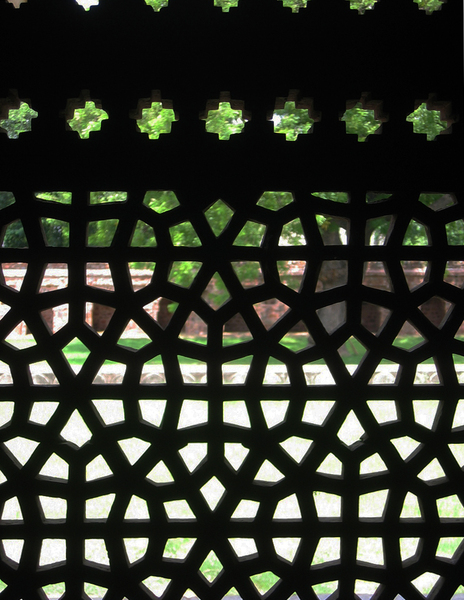 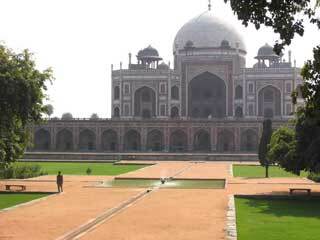 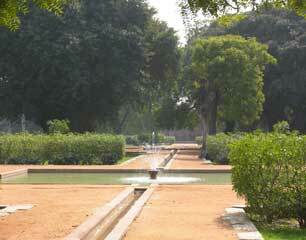 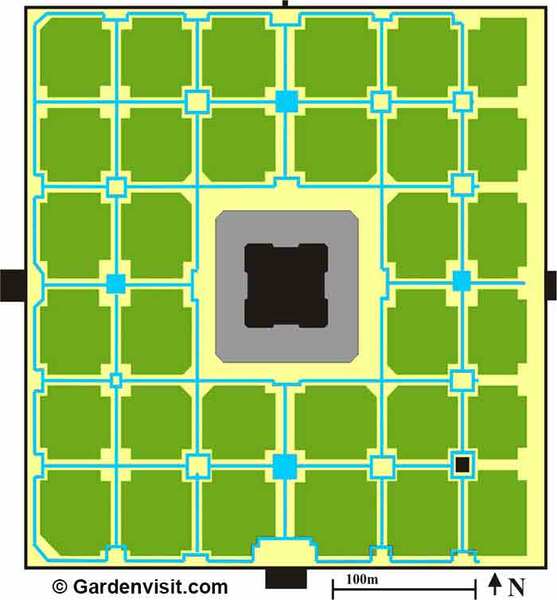 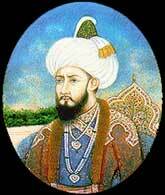