An Italian architect and originator of the architectural style known as Palladian. Andrea Palladio's buildings were temple-like, inspired by Plato's Theory of Forms. Palladio believed that the perfection of the primary geometrical shapes gave them a degree of divinity. Inigo Jones introduced the style to England and in the eighteenth century it was favoured for country houses and garden temples. The Queen's House in Greenwich Park, by Inigo Jones, was the first example in Britain of the Palladian style. [See Garden History Reference Encyclopedia for quotations and analysis of Andrea Palladio's I Quattro Libri dell'Architecttura (The Four Books of Architecture) with regard to their influence on the development of landscape gardens.] The Villa Rotunda (plan below) stands in an open landscape. 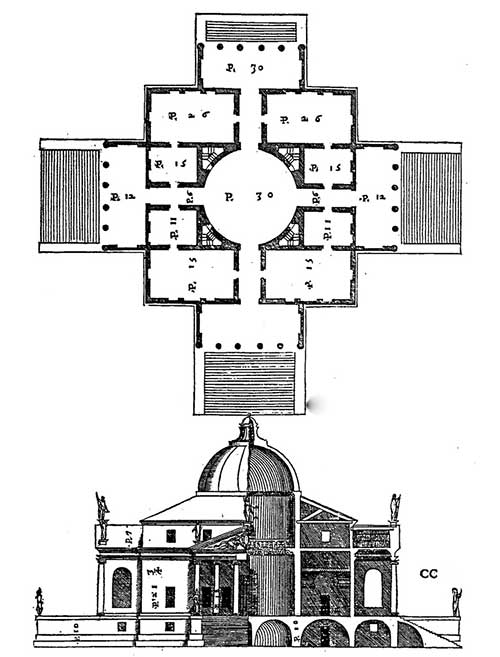