V and A John Madejski Garden

The John Madejski Garden at the V&A was designed by Kim Wilkie landscape architects and opened in 2005. The central feature, is an oval pool. It is well conceived, well proportioned and well detailed. Steps lead in, so that it can function as a paddling pool in hot weather. Yet it can be drained when necessary to create a meeting or exhibition area. The courtyard is flanked by greenish glass planters which contain lemon trees in summer and hollies in winter. After dark, there is a lighting scheme by Patrick Woodroffe (lighting designer to the Rolling Stones).The garden is named in honour of John Madejski, who funded the design. Previously, the courtyard of the Victoria and Albert Museum was furnished with an Italianate design, in the early 1980s, at the time of the the V & A's Garden exhibition. It was known as the Pirellii Garden and was designed by Douglas Childs from the Department of the Environment. It was not loved and is not lamented. Kim Wilkie explains his design as follows: "The design is based on the traditional simplicity of a garden courtyard with the drama and flexibility of a stage set. A simple central ellipse that creates a calm centre to the garden surrounded by Liquidambars, lawns, lemon trees and glass planters. The stepped ellipse is picked out with jets of water and bands of light. The central space can be flooded to create a shallow reflecting pool, or filled with heavy fog for night lighting.' The garden design sits on the borderline between Modern and Postmodern. 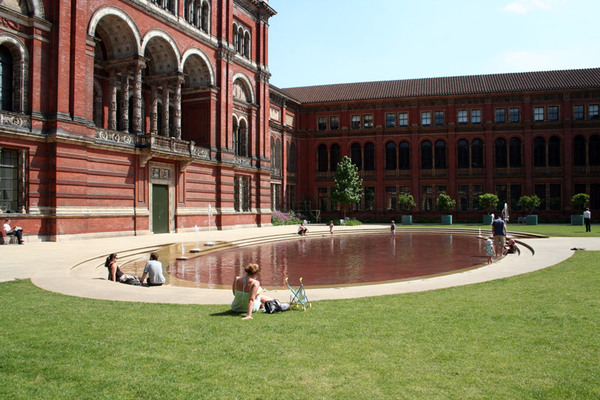 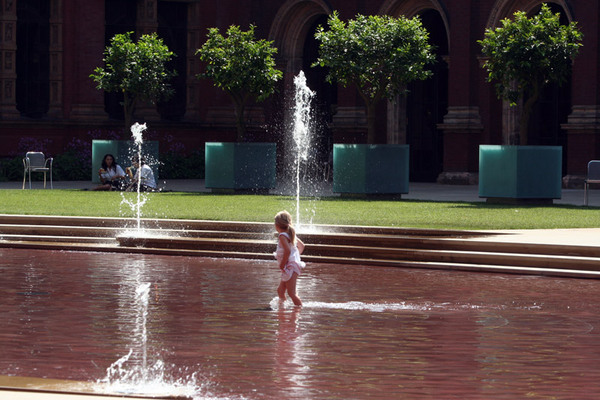 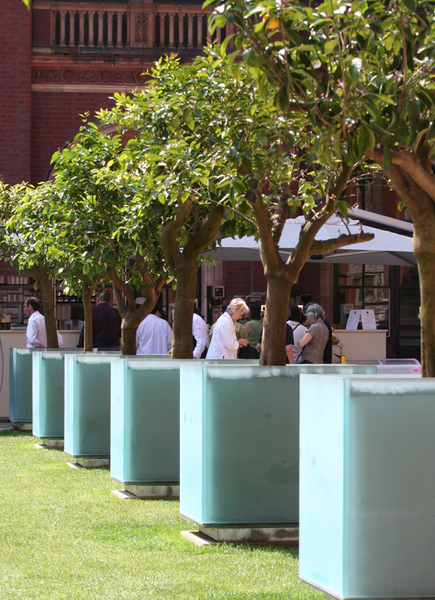 Visit the V and A John Madejski Garden website