The greenspace called 'Kensington Gardens' was the deer park acquired by Henry VIII. It belonged to Kensington palace - and there is a good case for calling it 'Kensington Park'.  William III bought Nottingham House for £20,000 and converted it into Kensington Palace. 'Kensington Park' was made on land taken from Hyde Park by Queen Caroline (Caroline of Brandenburg-Ansbach, the wife of King George II). She employed Charles Bridgeman from 1728-1738 to make a Baroque Style park, including the avenues and the Round Pond. There was a bastioned wall on the east of boundary of 'Kensington Park', on the line of what is now the West Carriage Drive, as shown on John Rocque's 1756 plan.Like a Ha-Ha in a landscape garden, the aim was to give a view of the surrounding countryside (in this case, Hyde Park). Charles Bridgeman is regarded as a 'transitional' designer and his biographer, Peter Willis, saw him as a key figure in genesis of the landscape garden. If this is correct, then one can find evidence of 'the great revolution in taste' within the perimeter of Kensington Gardens and Hyde Park. The western part of Kensington Gardens, around the Palace, was definitely baroque. The eastern section, where the avenues approach the Long Water, is an early example of what became the Serpentine Style. Hyde Park, with its Serpentine lake, was an early project in what was to become 'the style of William Kent and Lancelot Brown'. The best point to see the transition is the Queen's Temple, shown by the red marker baloon on the map below. It was built as a feature in a bosquet and now has the appearance of a Temple in a landscape garden.

Kensington Gardens private for most of the eighteenth century and then progressively opened to public access. Queen Victoria granted full public access in 1841 but, probably because of their location, they have an upper-class air. 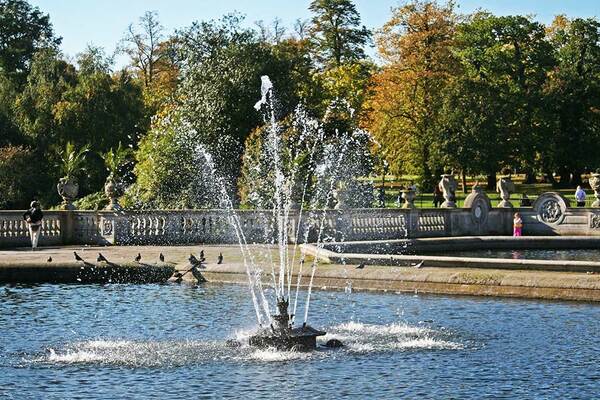 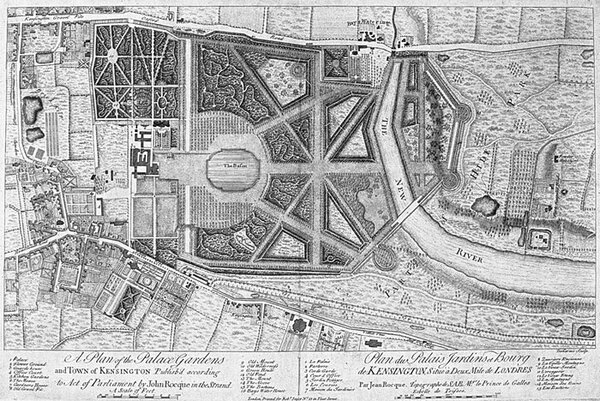 John Rocque's Plan shows Kensington Gardens as a Baroque Park with radiating avenues. The main avenue crosses the Long Water, which is shown as more geometrical than The Serpentine, and on the other bank there is bastion wall from which views of Hyde Park would have been enjoyed. 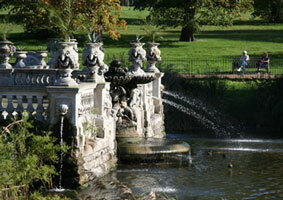 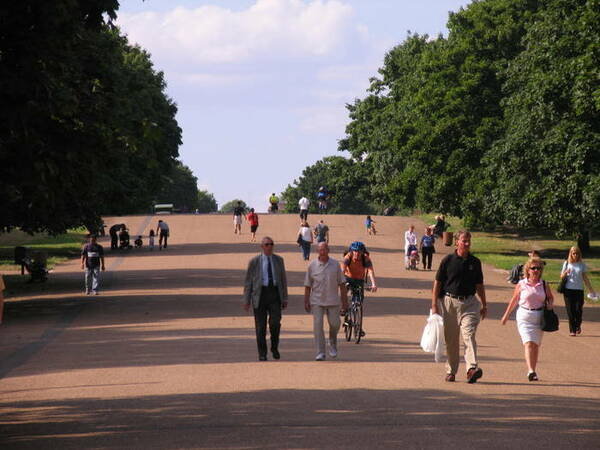 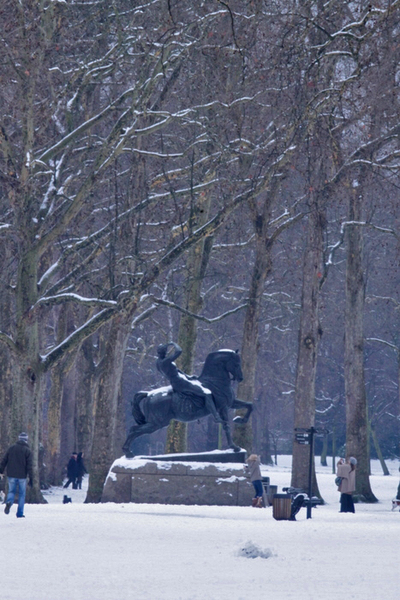 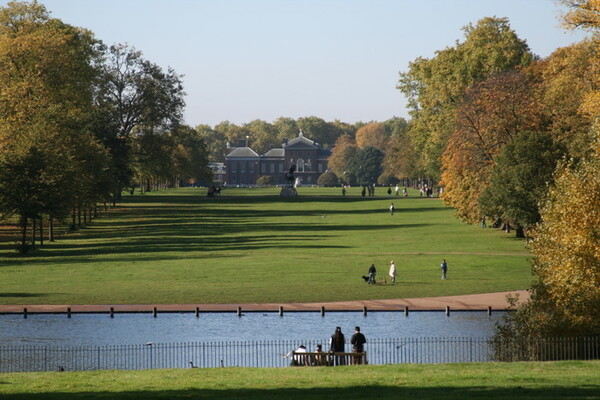