The Albert Memorial was built near the site of Crystal Palace (which Joseph Paxton designed for the 1851 Great Exhibition). The Memorial was commissioned by Queen Victoria in memory of her husband, who died in 1861 and opened in 1872. It was designed by Sir George Gilbert Scott in the Gothic Revival style. Used architecturally, 'Gothic' has a similar meaning to 'Medieval' and 'Gothic Revival' was associated with spiritual objectives. The Albert Memorial is positioned like a fountain in a medieval cloister with trees forming arcades and green walls. Today, the Albert Memorial also commemorates the aesthetic taste on display inside the Great Exhibition. The Royal Horticultural Society's first exhibition ground was laid out on the site of the old Brompton Nusery, south of Hyde Park. When the Exhibition closed the Crystal Palace was moved to Sydenham.

The Albert Memorial (finished in 1872) is eclectic, richly ornamented and sited like a statue in a baroque garden. Owen Jones, author of the Grammar of Ornament (1856), had been Joseph  Paxton’s superintendent of works for Great Exhibition of 1851 and detested the taste seen in exhibition and now illustrated by the Albert Memorial. But Jones loved the Crystal Palace and wrote that: "All works of the Decorative Arts to be perfect should possess fitness, proportion, harmony, and, as a general result, repose. The great fault of our age was want of purpose in decoration. Walls were ornamented like carpets, and vice versa, without regard to fitness, proportion, or harmony; iron was treated like stone, and wood in the same style as marble. Then, also, construction, he contended, should be decorated -decoration never purposely be constructed. That which was beautiful was sure to be true, at the same time that that which is true must of necessity be beautiful." Jones' opinion prevailed in the early twentieth century and his views became a significant influence on the development of International Style Abstract Modernism. But in the late twentieth century the Albert Memorial came to be appreciated and it was lovingly restored. 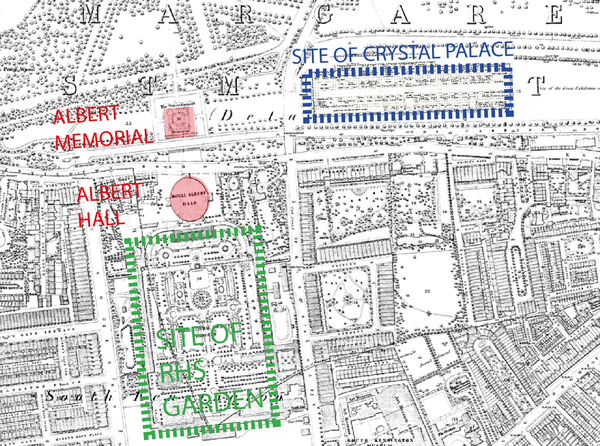 The Albert Memorial and Albert Hall were built near the site of the Great Exhibition of 1851, later called the Crystal Palace 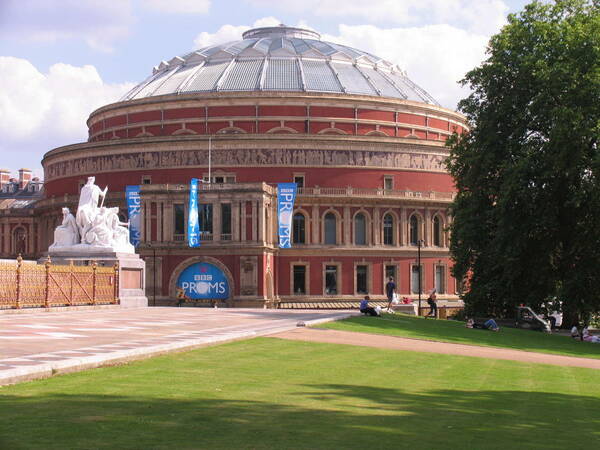 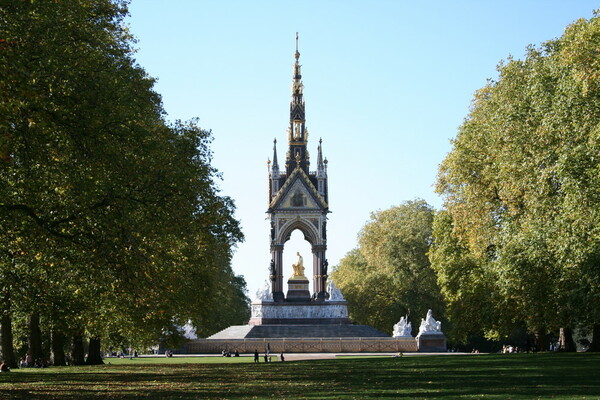 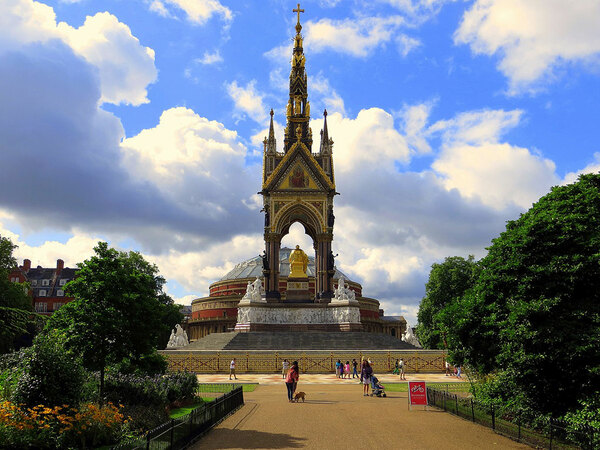 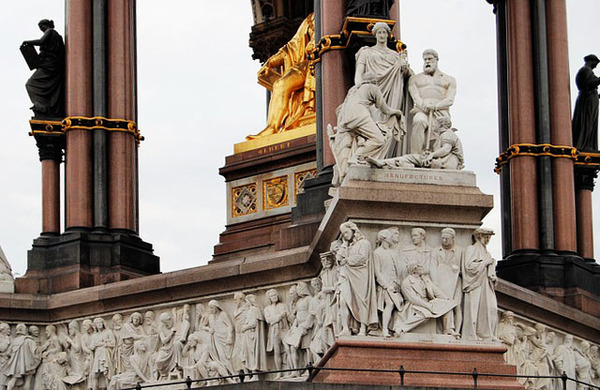