Berlin's central park is a delightfully fresh retreat in the heart of the city. The wild and swampy land was enclosed in the fifteenth century as a hunting park - the translation of Tiergarten is 'Animal Garden'. Avenues were planted in the late seventeenth century. More avenues were laid out in the eighteenth century, by Knobelsdorff, as the Tiergarten became a French-inspired recreational space and the central avenue took on a ceremonial role for the Hohenzollerns. It was then known as the Charlottenburger Chaussee and is now the Strasse des 17 Juni. In 1818 Peter Joseph Lenné was commissioned to begin a transformation of the space into a landscape park. The Zoological Garden was established in 1844. Towards the end of the nineteenth century monuments and a few special gardens were placed in the park, so that it tended towards the Mixed Style. After 1937 Adolf Hitler and Albert Speer sought to make the park more imposing. The central avenue was widened and the central round point (the Grosser Stern) enlarged. After the Second World War most of the trees in the park were cut for firewood and much of the land was used to grow vegetables. Restoration began in 1949, to plans by F Witte, H Migge and E Wedel. They downplayed the avenues and emphasised the natural vegetation. Today one can see avenues, naturalist ponds, flower gardens and a vast range of activities. The Russian War Memorial, with its tanks and guns, stands as a reminder of Berlin's military history. 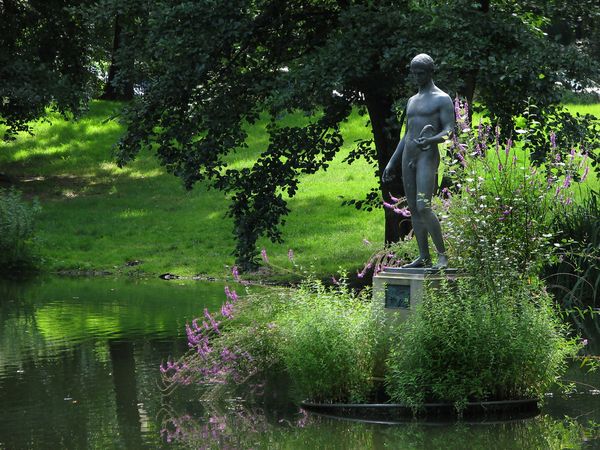 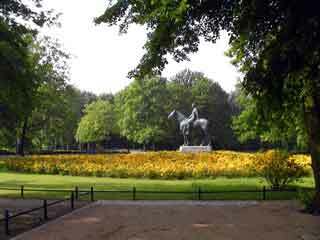 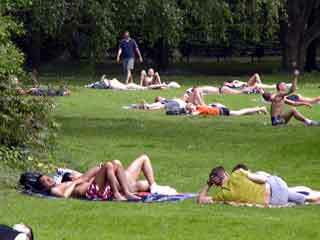