The notice outside Charlottenburg states (2002): 'The Palace Garden, with an area ot 33 hectares, is an important monument of Garden architecture. The grounds were laid out beginning in 1697 following the plans of Siméon Godeau, a pupil of the famous French landscape architect André Le Notre. it is thus the earliest garden in Germany which was influenced by Le Notre's style. Characteristic for the Baroque garden of Charlottenburg were the lanes which extended from the middle hail of the palace towards Spandau, Tegel, and Niederschönhausen, the parterre of ornamentally shaped boxwood trees, and the system of tree-lined avenues which are directed towards the north. This Baroque garden existed until 1786. It was then gradually converted into an atmospheric landscape garden with a suggestive mood, first by J. A. Eyserbeck and then starting in 1818 by P. J. Lenné, in which one part of the Baroque avenue structure was retained, in 1788 the Belvedere was built in the garden, followed by the Mausoleum for Queen Luise in 1810 and the New Pavilion in 1824. After the destruction of World War Two the parterre was redesigned using Baroque pattern books.' 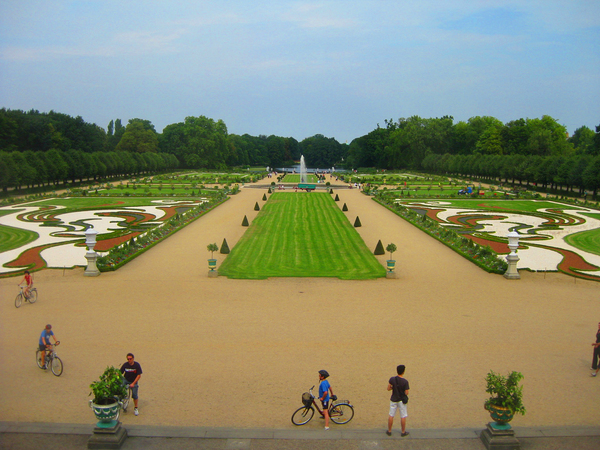 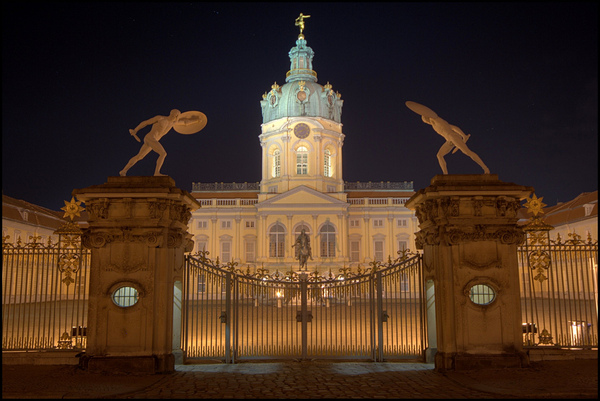 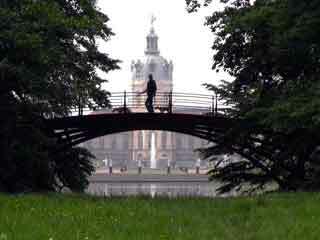