The Invalid House and its park were built, outside the gates of Berlin, in 1748 to house the wounded from the Prussian wars. Both house and park were damaged in the Second World War. A competition to redesign the park was held in 1992 and won by the French landscape architect Christophe Girot. The dominant feature is a great basin of water (50m x 62m) in which stands a sculptural wall and waterfall. Like most modern urban water features, it does not function all the time. When dry, it could be mistaken for a work of military architecture (eg a ramp for launching rockets). The scultpure runs across the basin at a fashionably postmodern angle. 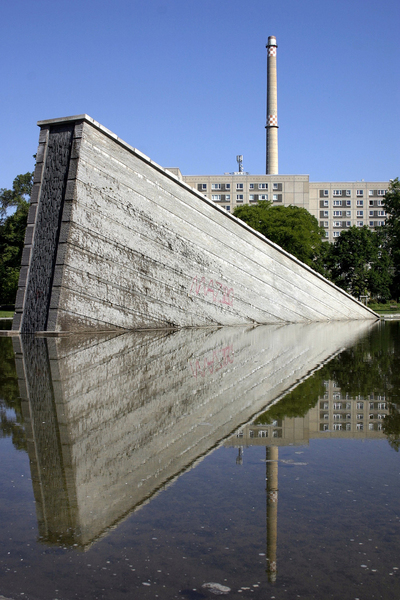 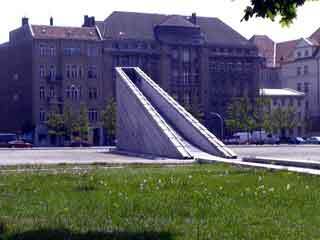 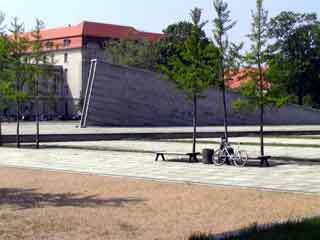