A pioneering 'waterscape' design by Herbert Dreiseitl in 1997. Rainwater is harvested from green roofs and conventional roofs. It is a very good project but some landscape architect visitors have commented that it looks better in the designer's photographs than it does in reality. Information about the project can be found at www.dreiseitl.de. The place is named after Marlene Dietrich, a German actress and singer who became very successful in Hollywood and died in 1992. 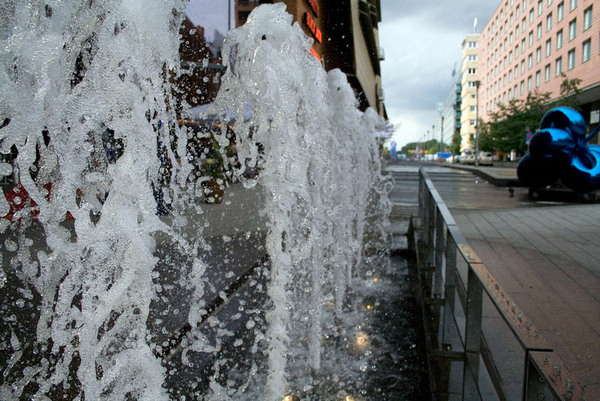