The Victorian gothic revival house, designed by W. E. Matthews, was built in 1862 as a shooting lodge. The garden is on the site of medieval tin streaming deposits. Lukesland has 24 acres of gardens made in the wooded valley. The stream, coming down from Dartmoor, has ponds and waterfalls.

Family-run 24-acre woodland garden on the southern edge of Dartmoor, in the beautiful valley of the Addicombe Brook. Fine collection of acid-loving shrubs and trees, giving wonderful spring and autumn colour. Dogs welcome on a lead. The tea room serves home-made soup and cakes. 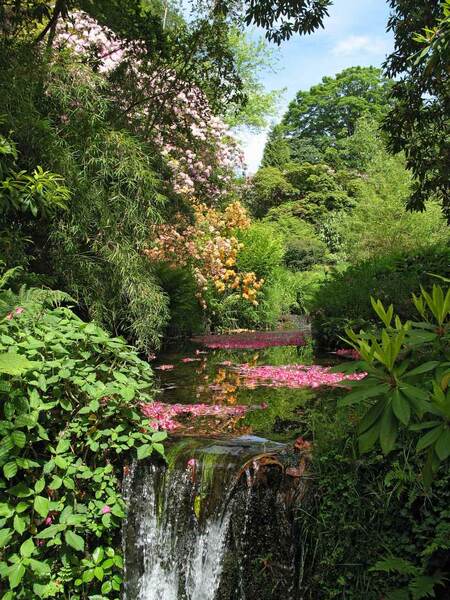 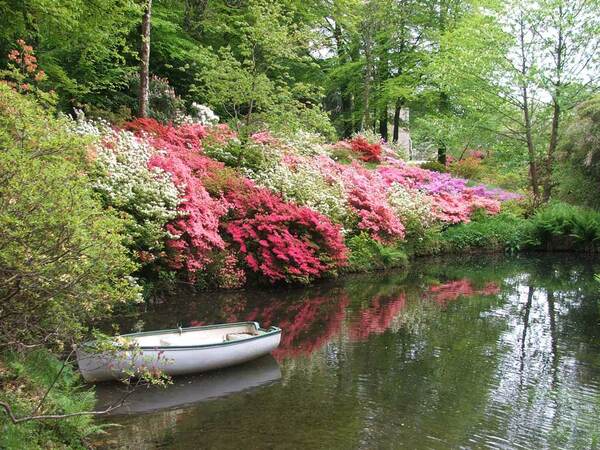 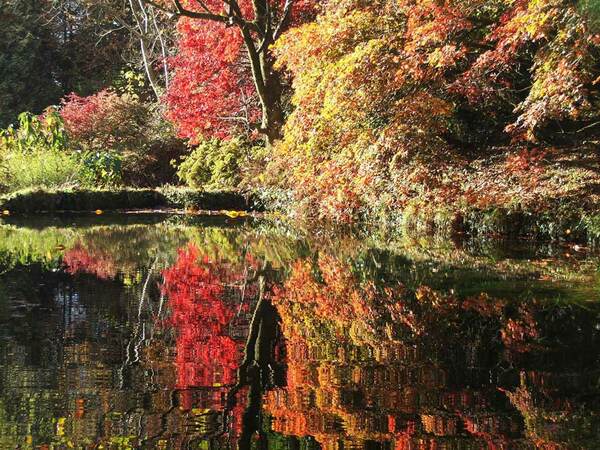 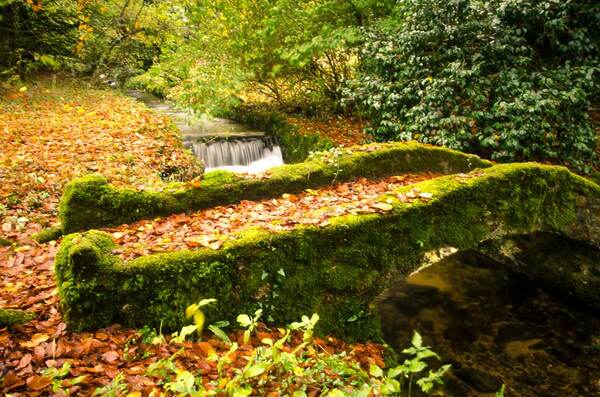 Originally, Lukesland was the site of a Tudor manor house, which probably burned down in the 1840s. The current landscaping and planting was started in the 1870s when the Victorian house was built. The Howell family have run Lukesland since 1931, extending the garden up the river valley and adding continuously to the planting.

The gardens contain some fine species of rhododendron including the large-leafed Rh. sinogrande, macabeanum, falconeri and arizelum. There are many Exbury hybrid rhododendrons and azaleas. Old hybrids like Cornish Red mingle with modern specimens which include the showy Loderi hybrids. Camellias are also a notable feature, as are many interesting shrubs, for instance Drimys winteri and lanceolata, Michelia doltsopa, hoherias and eucryphias.
Specimen trees include the Ginkgo biloba (maidenhair tree, in the Tudor Garden), the Davidia involucrata vilmoriniana (ghost or handkerchief tree, near the bottom of the grounds); the Rhododendron x arboreum (near the big magnolia), the biggest rhododendrons east of the Tamar; and the magnificent Magnolia campbellii (just upstream of the big bridge): planted in 1936, its exceptionally wide spread makes it the biggest magnolia in Britain.
In the autumn Japanese acers, Enkianthus, Cornus Cercidiphyllum, Pterocarya, deciduous azaleas and many other trees and shrubs give a wonderful display of colour.