Lincoln's Inn Fields is London's largest residential square. Before that, the land was fenced and used for grazing cattle. Inigo Jones drew up a plan for grand houses round the outside of the field and for faintly renaissance crossing paths. It was re-planned as a Victorian public garden (of 7.25 acres) and opened to the public in 1895. The surrounding houses are now mostly solicitors' offices, though Sir John Soane's house is now a museum of antiquities and very well worth visiting. Lord William Russell was executed in Lincoln's Inn Fields in 1688. In the 1970s the garden was a squatters' encampment. 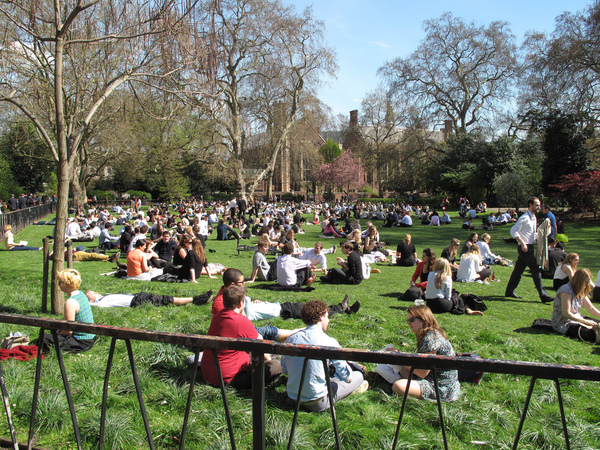 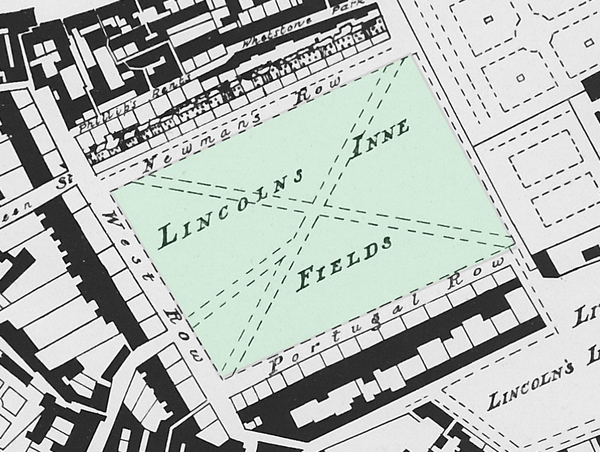 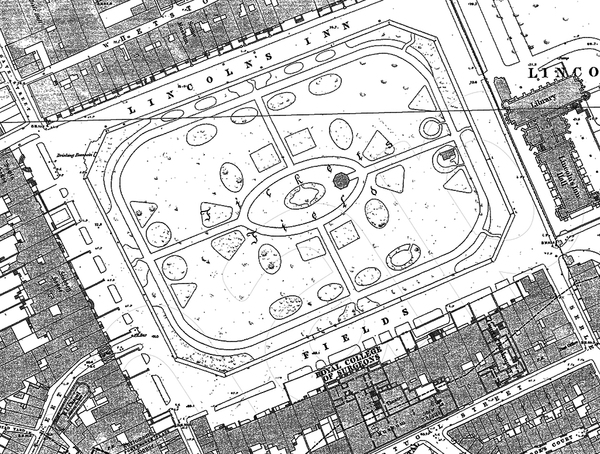