The 'Temple' in the name Temple Gardens comes, via the Knight's Templar, from the Temple Mount in Jerusalem. When their order was dissolved the london property passed to the the Knights Hospitaller and then, in 1608, to the barristers. It remains the HQ of the legal profession and they have done a very good job in conserving its character. Walking down a narrow alley from Fleet Street into the Temple gives a real sense of passing from Medieval London to Eighteenth Century London, still pleasantly free of vehicular traffic. The grand terrace houses, now barristers' chambers, have an eighteenth century character. The garden spaces are managed like eighteenth century garden squares.

Charles Dickens description of the Fountain Court, which he knew as a clerk

An account of the history of the gardens 'The mediaeval records describe an orchard; by the 14th Century there are several mentions of its roses (and Shakespeare used it as a setting for the meeting between Richard Plantagenet and John Beaufort which sparked the Wars of the Roses); a more formal design, with a top terrace and walks, was laid out in 1591, and small modifications continued until the early 18th Century when a major re-configuration took place, imposing the then fashionable 'William and Mary' Dutch style, enclosed and with three rectangular lawns, dotted with trees and dissected by gravel paths. After Bazelgette's construction of the Victoria Embankment, when direct access to the river was lost, it was completely re-shaped over the enlarged area and this remains the skeletal design of the 21st Century garden.' (Honourable Society of the Inner Temple).

There is a quotation from Charles Dickens in Fountain Court and the video gives an account of the Temples' association with the novelist:- 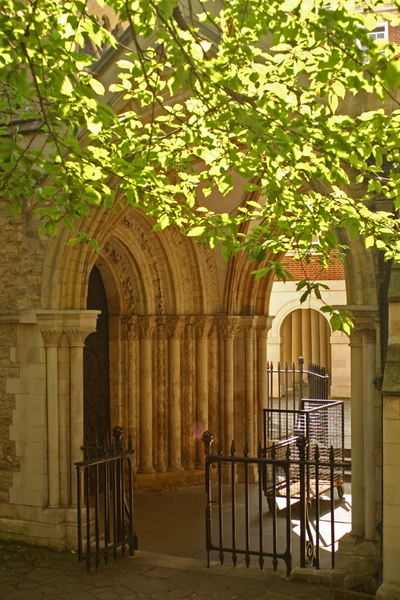 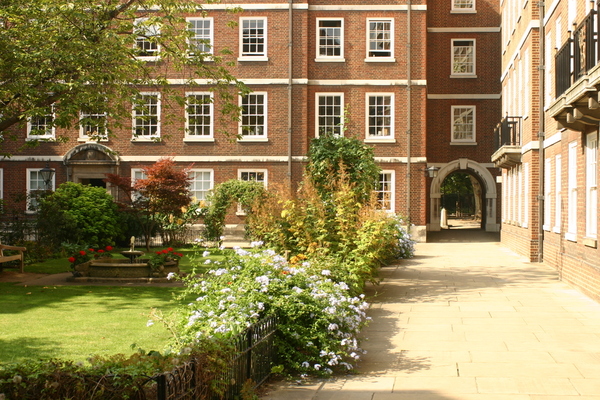 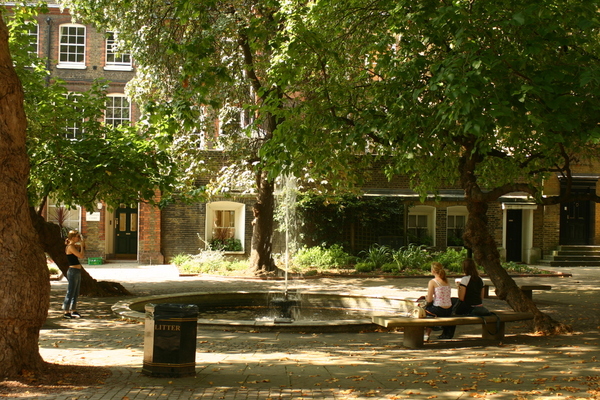 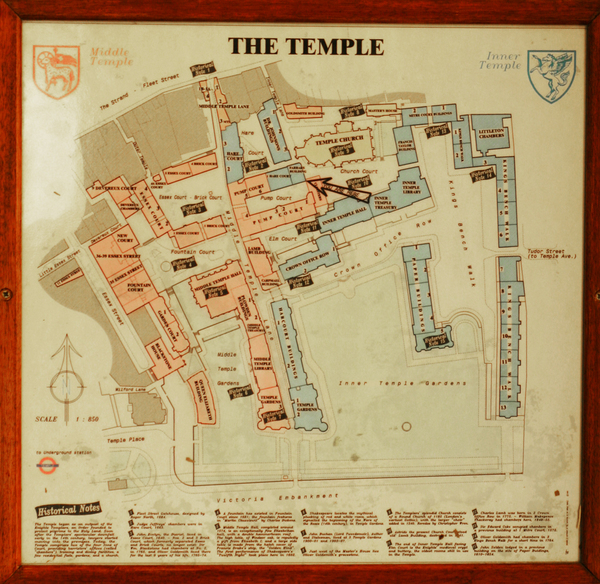 Plan of the Temple in London

Model of Herod's Temple in Jerusalem 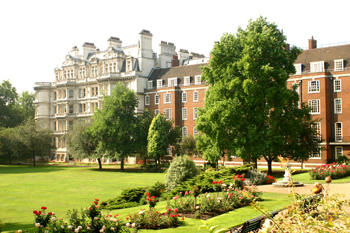