Evolution of the charbagh four square garden 500BC to 1600AD 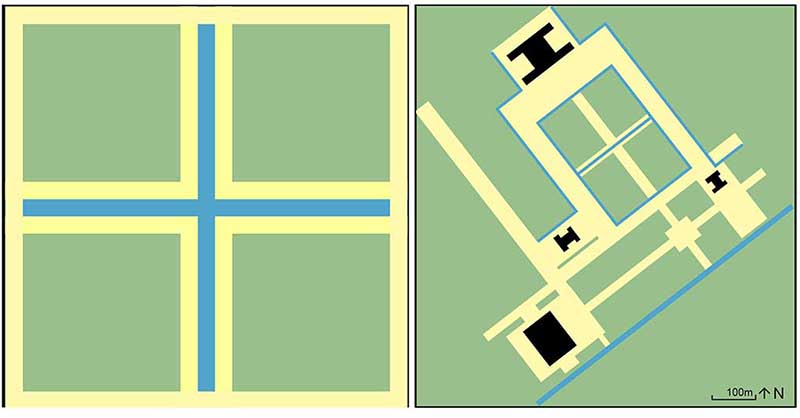 The charbagh (left), seen as an Islamic symbol of paradise, evolved from the irrigation canals of the ancient world, as at Pasargadae (right)

A charbagh can be defined as a quadrilateral garden divided into parts by water channels. The name comes from the Persian nd Urdu: چهارباغ chāhār bāgh, meaning 'four gardens'. The oldest known garden of this type is at Pasargadae in Iran. It is a dry place and the primary role of the water channels must have been to supply water, probably used both for irrigation and for feeding the people who lived in tents when it was used as an encampment garden. One can only guess but it seems a fair assumption that the idea of using rectilinear canals in this way came from the lost gardens of Mesopotamia. The ancestors of the Aryan tribes who built Pasargadae were nomads. They had wandered Central Asia and, when the came south, learned much about architecture, agriculture and gardens from the settled civilisations of the rich flood plains watered by the Rivers Tigres and Euphrates. Pasargadae is built with stone and on rock. This let the water channels survive. In Mesopotamia (modern Iraq) they were built with mud, washed away by floods and destroyed by agricultural change. The Gardenvisit.com Glossary of garden terms gives this definition: 'Chahar Bagh (pronounced' ch-haar-bah') describes the 'four square' plan of a Persian paradise garden. The term is used in connection with Iranian and Mughal gardens. The oldest example of a rectangular canal pattern is at Passargadae, in Iran, and the oldest example of a square garden with symmetrical crossing canals is at the Alhambra'. See note on Persian gardens.

Diagrams 12-17 from the chart of Asian garden design styles

More than a thousand after the making of Pasargadae the use of rectilinear canals became associated with Islam (Muhammad was born in Mecca about 570 CE) . And from about a thousand years after this, 'four square' gardens, in Mughal India, became associated the concept of Paradise from the Qur'an (Koran). The association of square charbagh gardens with Paradise may be older but the evidence remains to be found. Pre-Mughal gardens in Persia used water channels in rectilinear gardens but few if any were square and they did not have the strict geometry of Islamic gardens in India. See Diagrams 12-17 on chart of Asian garden design styles. The diagrams show the evolutionary history of Islamic gardens, though the older styles were of course un-influenced by Islam. In Isfahan Chahar Bagh e Abbasi is a street name, because the city was designed like a chahar bagh garden. The principle of basing city plans on the principles of garden, landscape and irrigation planning is returning to life with landscape urbanism.

The treatment of water, vegetation and microclimate in city planning have always been of primary importance in Isfahan: see video below of modern Isfahan. 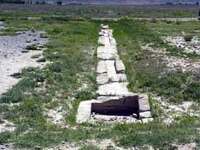 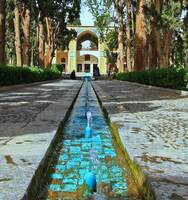 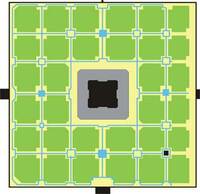 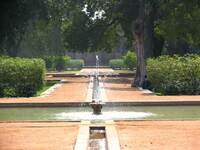 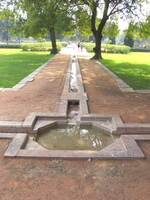 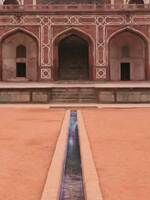