A serpentine park, made in the late eighteenth century near a bay beside the Baltic, with a collection of Mixed Style garden buildings. The park was started by King Gustav III. It has a neoclassical Royal Pavillion, made after a tour of Italy in 1782. The Koppartalten is a 'Roman battle tent' designed by Louis Jean Desperez (1790) as a stable. The Haga Slott was built in 1802-4 for Gustaf IV. The Ekotemplet was designed as a summer dining room. Like the Kinesiska Pagoden (Chinese Pagoda) it is brightly coloured. There is also a Turkish Pavilion. Sweden was influenced by Germany and it would not be wrong to see a similarity with the work of Prince Puckler at Muskau and Branitz. Hagaparken is now part of Ekoparken, an urban National Park which extends round the Brunnsviken inlet. 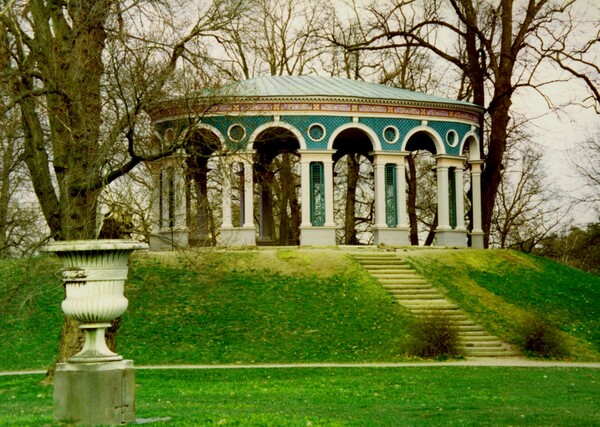 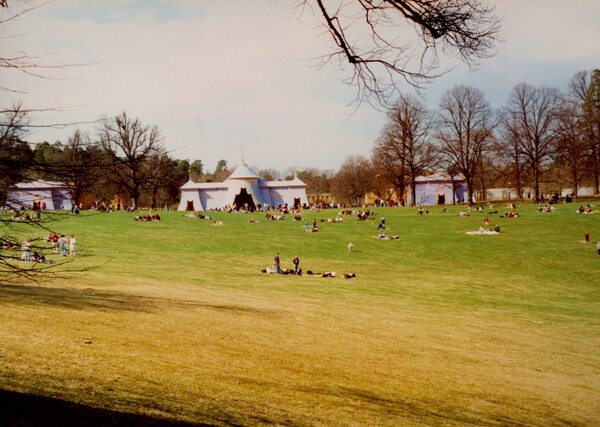 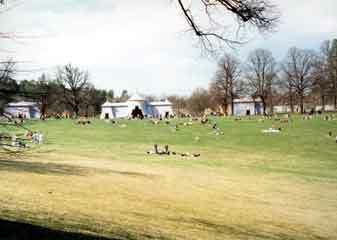 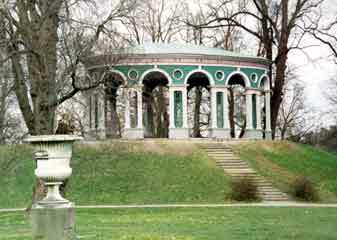 All year, dawn to dusk