The City Hall, described as the last example of Sweden's National Romantic style of architecture, has a superb lakeside site on the north shore of Riddarfjarden. The south-facing garden sits between the City Hall and the lake. It is in the Arts and Crafts style, beautifully proportioned and beautifully detailed. A central lawn is framed by a grid of stone paths with open grass-filled joints. Water steps lead south and east. The statues which flank the southward steps, by Carl Eldh, are of a man and a woman, dancing above the waters in a celebration of life. A small parterre and pleached limes close the space to the west. The garden is understandably popular with sunbathers and sightseers. 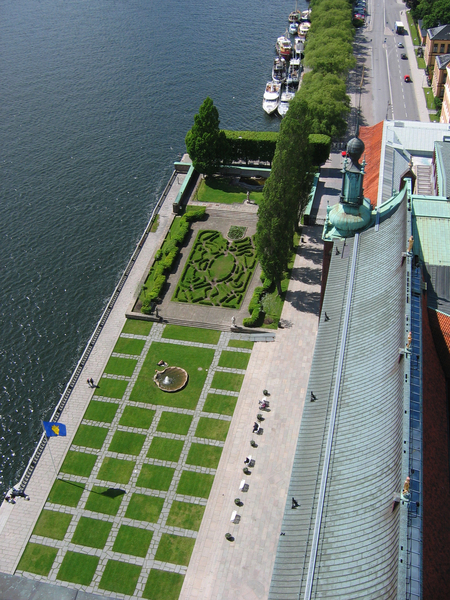 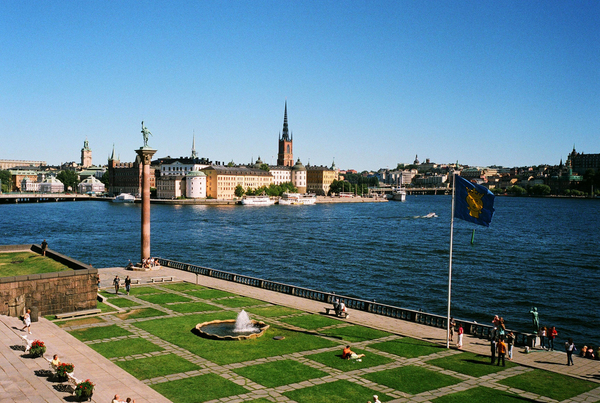