To garden historians, Albury is famous for a garden, which survives but is not open to the public, designed by John Evelyn in the 1660s. Evelyn was the most important English garden theorist of the seventeenth century. The terrace, pool, terrace, bath house and tunnel survive from Evelyn's garden design. He had been in France during Charles II's exile and had become interested in introducing elements of the High Renaissance and Baroque styles of garden design to England. This became possible after Charles' Restoration in 1660.

Albury also has a Victorian house, designed by AW Pugin, with an unremarkable Mixed Style Victorian garden. It has lawns, gravel paths, a rose garden and a woodland garden. Pugin designed much of the decoration in the Houses of Parliament and helped to revive the Gothic style. 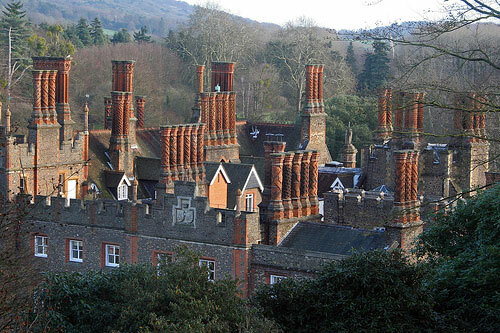 May to September, Wednesday and Thursday, Open 2pm to 5pm