The garden has been renamed and restored, on the roof of what is now the House of Fraser Store in Guildford High Street. It was designed by Sir Geoffrey Jellicoe to symbolize the flight of the first sputnik and overlooks Guildford and the North Downs. The garden was completely rebuilt on a smaller scale in 2000.

The garden features many grasses, Iris varieties, willow, Ligularia, Persicaria, and Eupatorium, and water plants (Scirpus, Juncus, etc). The plants tend to build toward late summer for their best show. 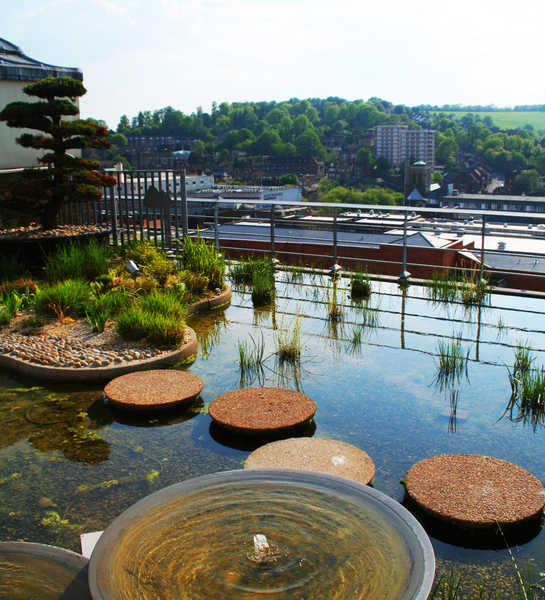 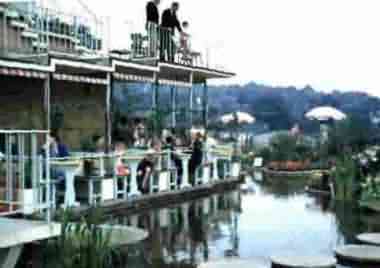 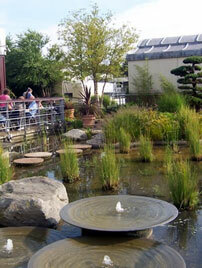 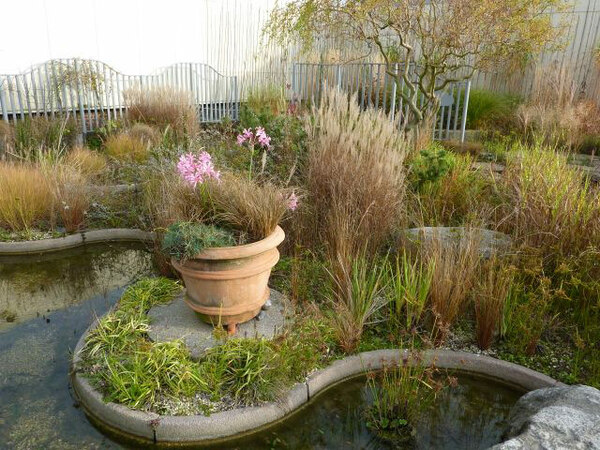 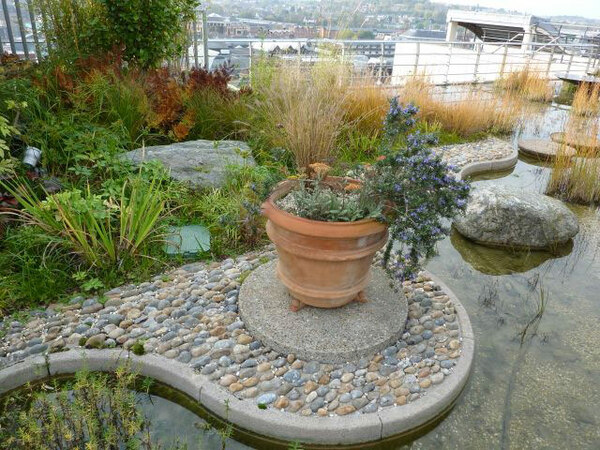 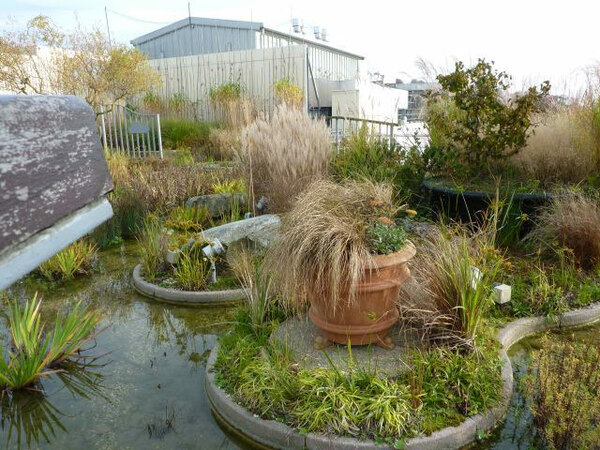 This roof-top water garden was originally designed and installed by the late Sir Geoffrey Jellicoe in 1958 for what was then Harvey's of Guildford. The garden, seating and viewing platforms were spectacular. The public could walk through the pond garden on stepping stones, and a waterfall cascaded down the south side of the building. Eventually though, the garden grew overgrown and was closed.
In 2000, the store was taken over by House of Fraser and an ambitious building project was undertaken, resulting in the atrium in the front of the store. At this time the garden was re-made in the spirit of the original.
In 2008, many the plants put in in 2000 had outgrown their space and had to be removed. The upper pond has also been converted into a gravel filter bed for the water circulating through the garden.