Kensington Palace had a significant baroque parterre garden in the early seventeenth century. It was created during the re-modelling of the house, by Sir Christopher Wren, from what had been Nottingham House and became 'Kensington House'. Henry Wise, partner of George London, designed the parterre garden (after the death of William III in 1702) for Queen Anne. After William III's death, the palace became the home of Queen Anne. She employed John Vanbrugh to design the Orangery (in 1704) and Henry Wise to design the parterres illustrated by Jan Kip (in 1724). When George II became king (in 1727) his wife (Queen Caroline) employed Charles Bridgeman to remove the parterres, which had become unfashionable, and to design the round pond, the Broad Walk and the avenues which survive in what came to be called Kensington Gardens. This changed the orientation of the palace: the east front, facing the new park, became more important than the south front, facing the former parterre. When Kensington Gardens were opened to the public, during the nineeteenth century, its occupants felt the need for a 'privacy hedge' to separate their private garden from what became a public park. The palace still has royal occupants but the rooms facing Kensington Gardens are open to the public and in 2012 a plan by Todd Longstaffe-Gowan re-developed the east front and restored the visual link with the Round Pond and the baroque avenues. 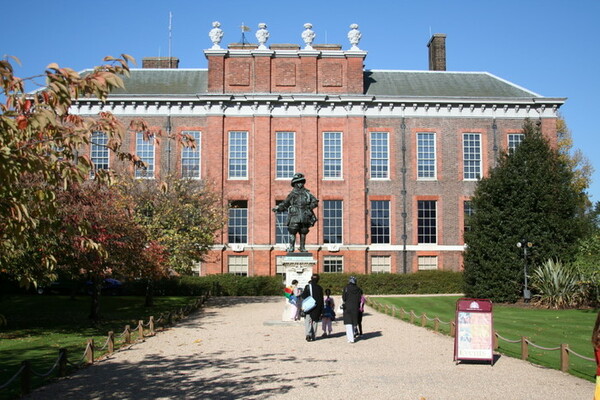 The garden front (south front) of Kensington Palace in 2006 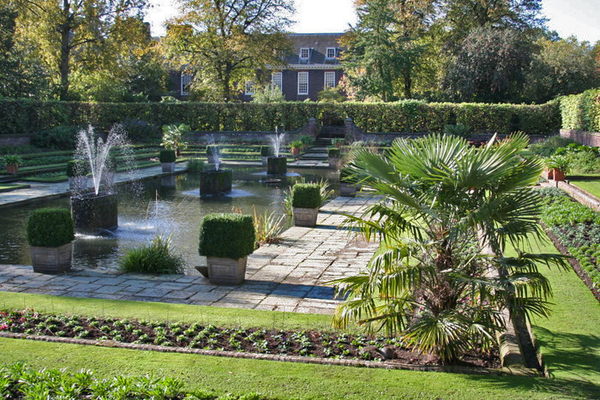 The sunken garden at Kensington Palace (photographed in 2006) was made in the early twentieth century, under the influence of the Arts and Crafts enthusiasm for the 'formal' gardens of Old England 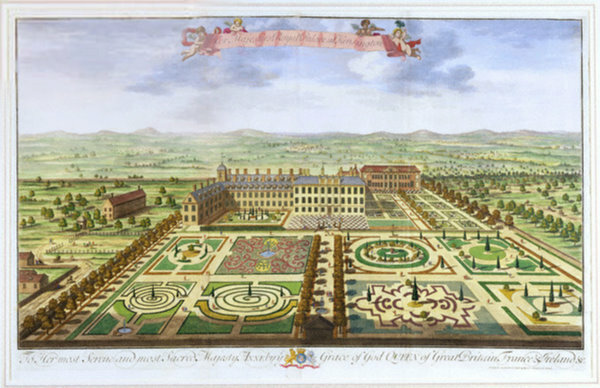 Kip and Knyff's drawing of Kensington Palace (1726), though over-imaginatively coloured up, shows the baroque parterres which Henry Wise and designed on the south front of the palace. The intricate planting was removed shortly after the painting was done.