J M Barrie's Peter Pan was set in Kensington Gardens and includes a map of the Kensington Gardens. Barrie wrote that 'We are now in the Broad Walk, and it is much bigger than the other walks as your father is bigger than you. David wondered if it began little, and grew and grew, until it was quite grown up, and whether the other walks are its babies, and he drew a picture, which diverted him very much, of the Broad Walk giving a tiny walk an airing in a perambulator.  In the Broad Walk you meet all the people who are worth knowing, and there is usually a grown-up with them to prevent them from going on the wet grass, and to make them stand disgraced at the corner of a seat if they have been mad-dog or Mary-Annish. To be Mary-Annish is to behave like a girl, whimpering with your thumb in your mouth, and it is a hateful quality; but to be mad-dog is to kick out at everything, and there is some satisfaction in that.'  Barrie also selected the site for the bronze statue of Peter Pan and paid George Frampton to sculpt it. Peter stands on a tree trunk. He is watched by wild animals and surrounded by winged fairies. Barrie published the following announcement: "There is a surprise in store for the children who go to Kensington Gardens to feed the ducks in the Serpentine this morning. Down by the little bay on the south-western side of the tail of the Serpentine they will find a May-day gift by Mr J.M. Barrie, a figure of Peter Pan blowing his pipe on the stump of a tree, with fairies and mice and squirrels all around. It is the work of Sir George Frampton, and the bronze figure of the boy who would never grow up is delightfully conceived." It is very popular and, without being made into a garden, it would be great if the planting was more magical and more of a woodland glade. 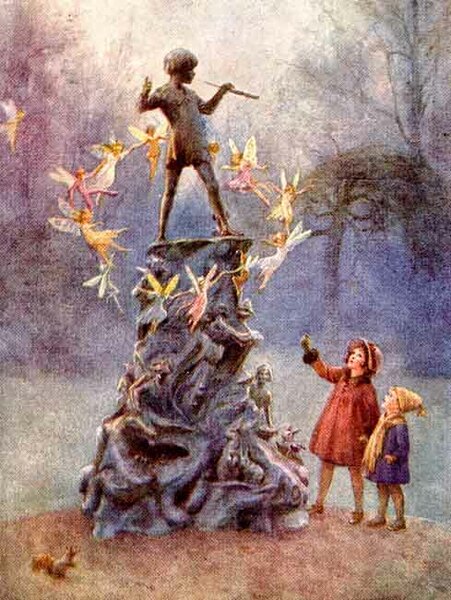 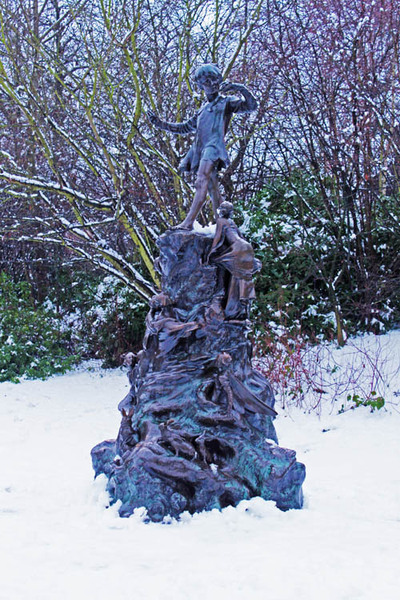 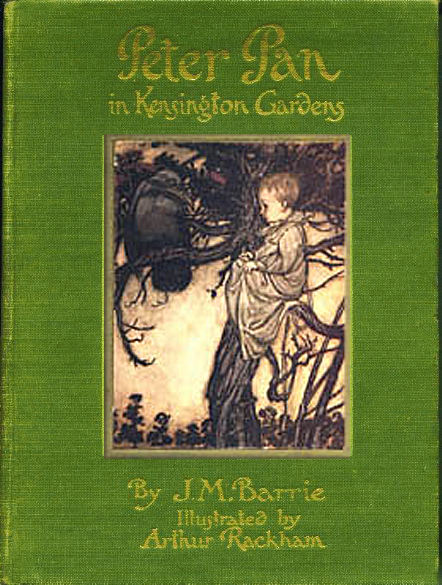 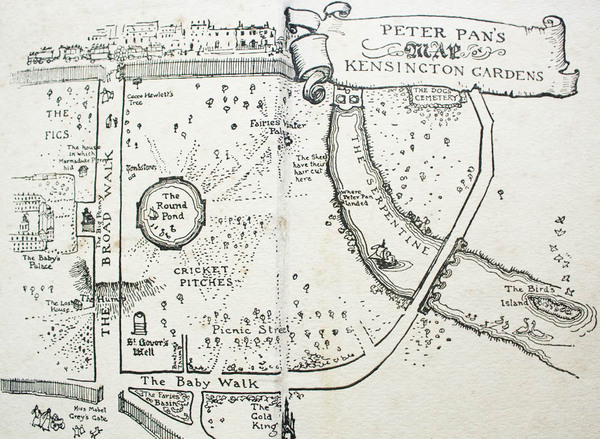