The original walls were built in the 8th century BC and protected only the Greek acropolis. Constantine moved the walls further out and the present alignment was set by Theodosius II in the 5th century AD. They extend 6.5 km from the Golden Horn to the Sea of Marmara. As in most walled cities, some land inside and outside the walls was used for fruit and vegetable gardens. This land use can still be seen outside the Theodosian walls, which is now managed as city greenway-park. 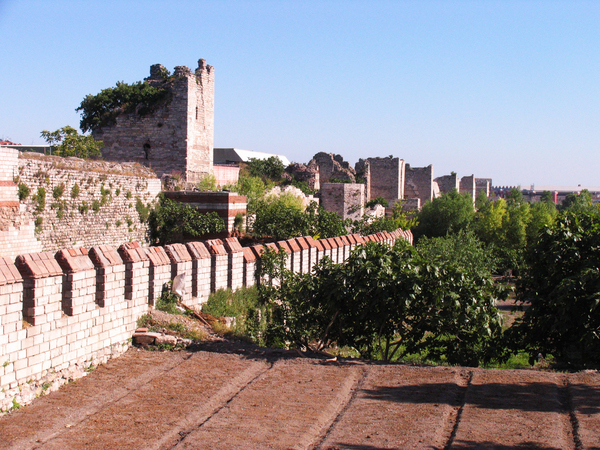 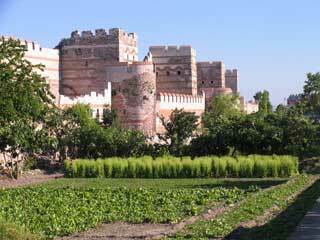 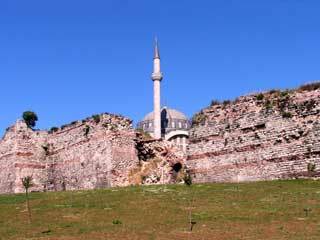