The Hippodrome was a 'Ben Hur type' stadium used for horse and chariot racing. It survives as a green open space in Istanbul, with the 3 oblisks which were there in Byzantine times, but with the ground level now some 2 metres higher than in Constantine's time. The proximity of the Hippodrome to the emperor's Great Palace is equivalent to the Roman relationship between the Emperor's Palace on the Palatine Hill and the racetrack in the Circus Maximus. 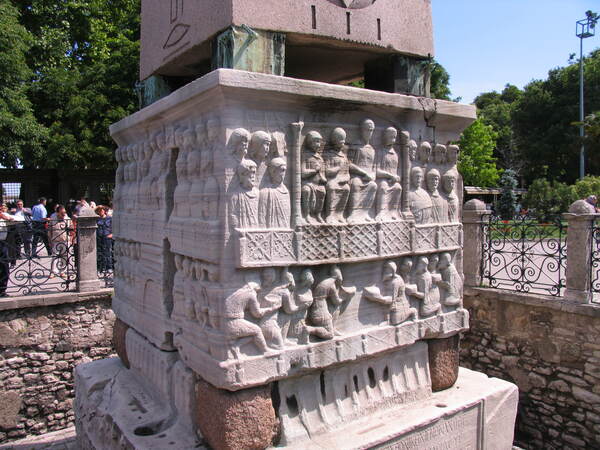 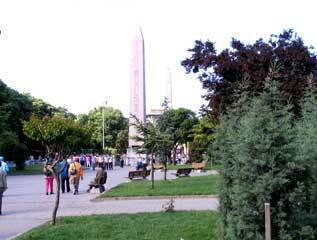 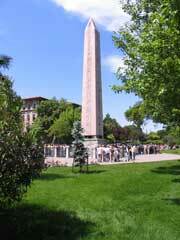