The Sultan Ahmet (Blue Mosque) was built on the site of Byzantium's equivalent of the Emperor's Palace in Rome. The only remains to be seen are the floors in the Great Palace Mosaic Museum (Buyuk Saray Mozaikleri Muzesi). In accordance with surviving descriptions, they show the Great Palace to have had peristyle courts with mosaic flooring - like other buildings throughout the Roman world. It is likely there are other physical remains beneath the Blue Mosque and fragments are also being found in the basements of buildings between the Blue Mosque and the Sea of Marmara. 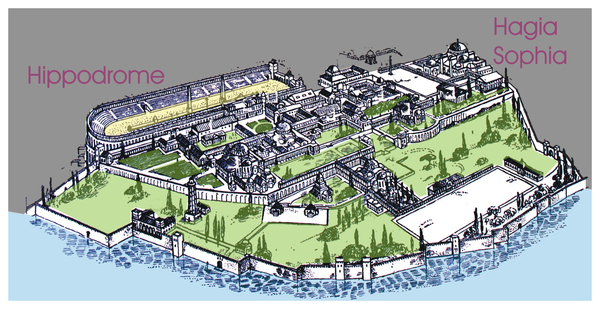 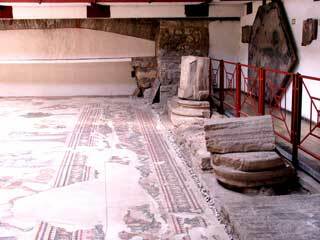 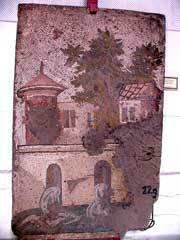