Topkapi Palace was built by the Ottoman sultans (after 1453) in a Byzantine olive grove on the Seraglio hill overlooking the Sea of Marmara and the Bosphorous. Many of the buildings survive and there are some records of the gardens in which they were set. The form of the gardens appears to have drawn more from the paradise gardens of Persia than from the Greek-Roman courtyard gardens of Constantinople. There were geometrical pools with flowers and garden pavilions and the remains of the olive groves were kept as woodland. But the overall layout of Topkapi was governed by the organisation of a tented encampment - see  Architecture, Ceremonial and Power: The Topkapi Palace in the Fifteenth and Sixteenth Centuries by Gulru  Necipoglu (1992)  European observers said that 'the sultan watched naked maidens of the harem disport in the sallow water and that he threw gold to those who pleased him most' [Godfrey Godwin A History of Ottoman Architecture, 1971, p 327). The fortifications contained vizirs' palaces with their own gardens. 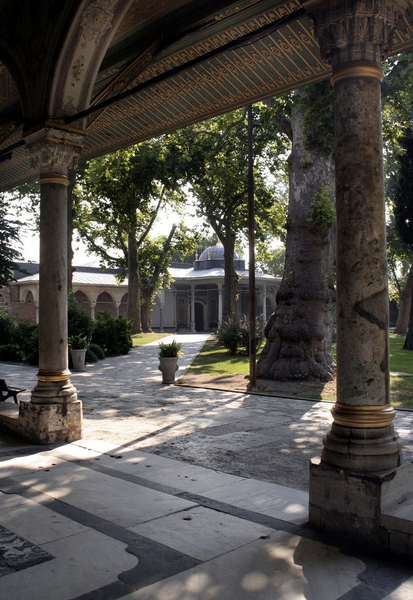 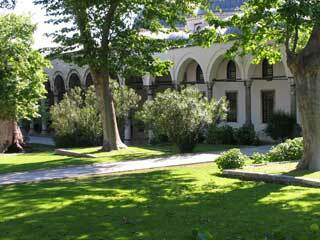 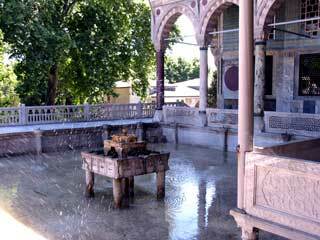