A seventeenth century house with a Arts and Crafts garden. The Eagle Court is thought to have been made in the eighteenth century but the other garden compartments were made in the first two decades of the twentieth century. It has a distinct 'Golden Afternoon' flavour. Captain and Mrs Reiss bought the house in 1933 and added the Pool Garden as a memorial to a nephew who was shot down over a Malta convoy during the Second World War. Penelope Hobhouse, author of Colour in Your Garden (1984) worked here from 1980 to 1993 and the garden is described by her in Penelope Hobhouse on Gardening (1994). The standard of the planting design is not now as good as in the photographs in her book. 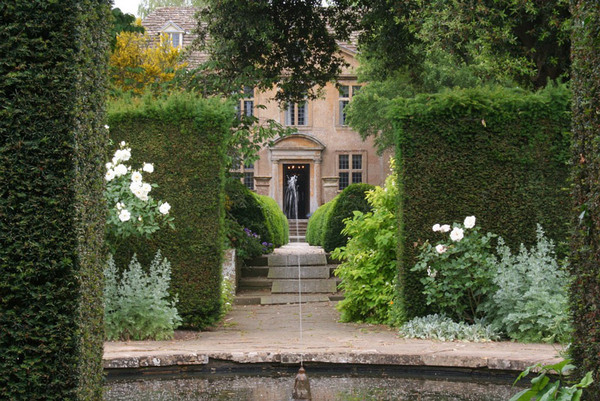 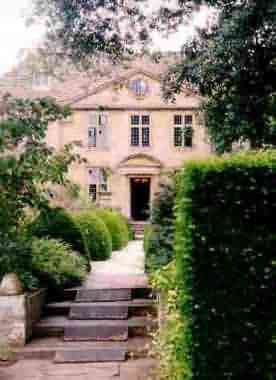 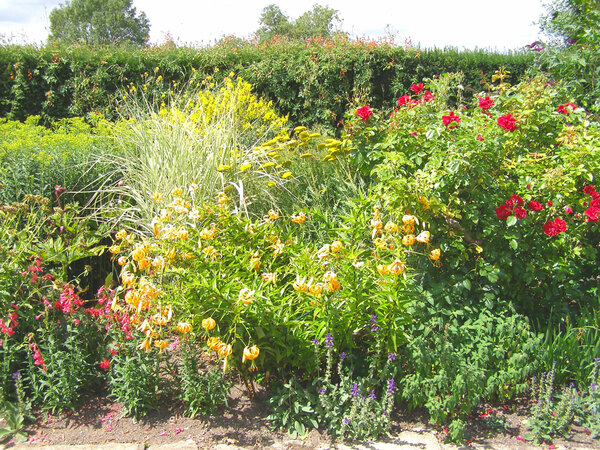 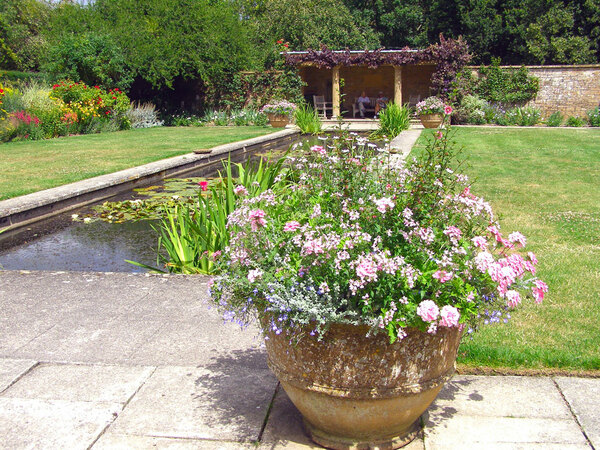 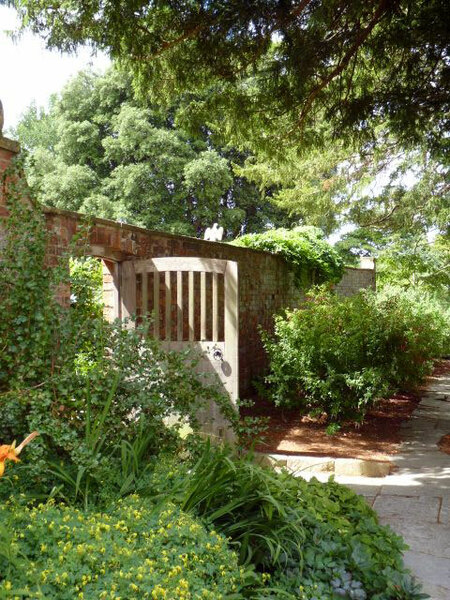 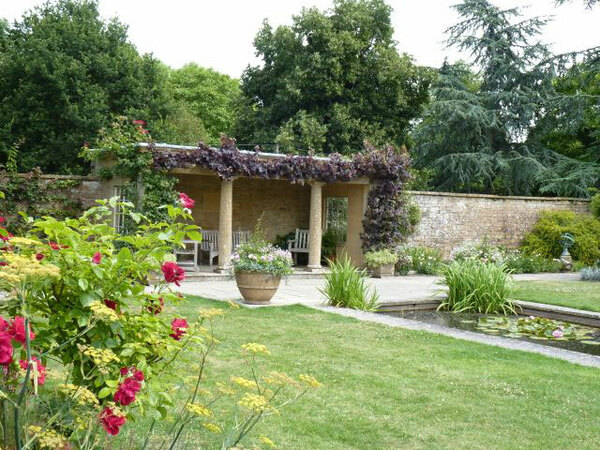