A Japanese rock garden named in honor of Okakura Tenshin, the former Asiatic curator of the Museum of Fine Arts, Boston. Tenshin-En means "Garden of the Heart of Heaven". Created in the kare sansui style, the garden was inspired by the Zen temple gardens of 15th-century Japan. Combining elements from Japan, New England and the Museum of Fine Arts, the garden creates a new interpretation of an ancient art form. Over 150 boulders from Boston's North Shore are placed within the garden according to ancient Japanese traditions. The roofed gate was built in Kyoto and was reconstructed by carpenters from Japan onsite. The raked gravel symbolises a large body of water. The garden is planted with a mixture of Japanese and American plants. 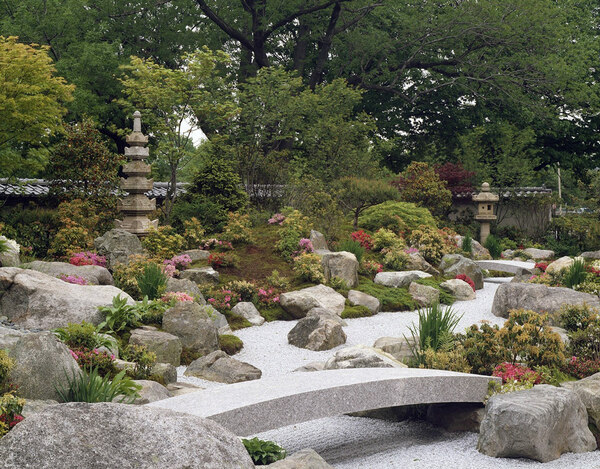 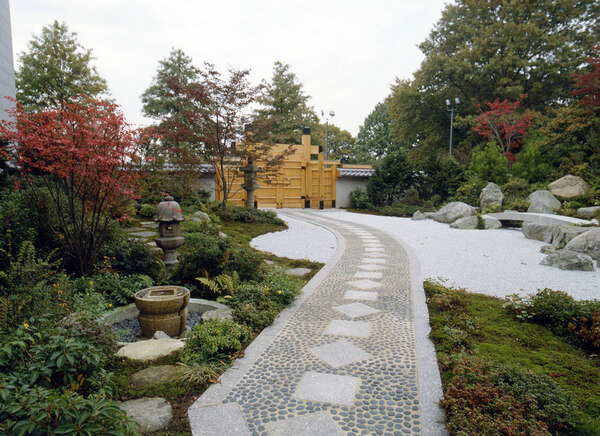